In 2013, we’re celebrating 25 years of publishing Children’s and Young Adult books in Australia. We’ve been having a great time reminiscing and digging up treasures from our archives and company library…

Now, if we say the name ‘Anna Fienberg’, chances are you’ll shout back ‘Tashi’. And given brave, bold Tashi’s adventures have been enthralling children for nearly TWO DECADES, with hundreds of thousands of devoted readers, that’s no surprise.*

But Anna has created dozens more well-loved and award-winning books over many, many years. And while she’s best known for her stories for younger children, she also writes across many age groups. We love her highly imaginative, touching, insightful and funny stories.

Here’s just a small selection of what we found under ‘F’ in the company library… Can you guess which editions of Ariel, Zed… and Power to Burn were published first: those with the illustrated covers, or photographic?** And in which decade we released the very sparkly Madeline the Mermaid at the bottom left?*** 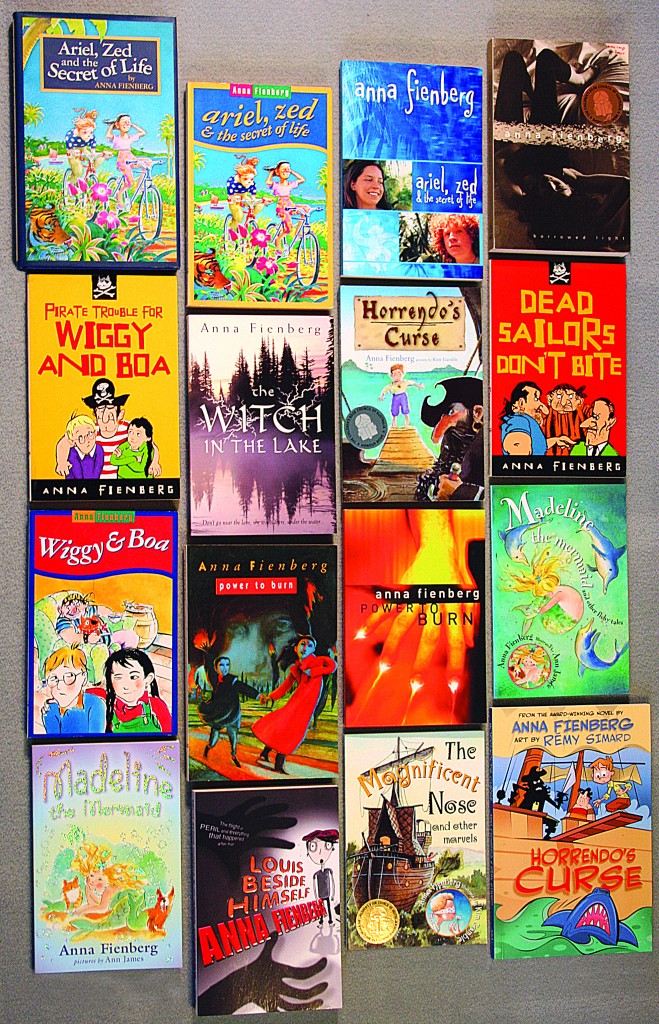 *If you do have a young Tashi fan in your life, we have a treat in store this Christmas: a brand new, full-colour picture book called Once Tashi Met a Dragon, to be released November.

***The sparkly-jacket edition of Madeline the Mermaid was released in 2010. There are only two editions of that book pictured here, both ‘B format’ paperbacks. But the book actually started life in a much larger format (244X184mm) hardcover and paperback.