If you’ve ever come across the blog written by our Melbourne based children’s publishing team (Alien Onion), or follow us on social media, you’ll know that we love cake. In fact we’re as passionate about cake baking (and consumption) as we are about books (and their consumption). The ability and inclination to bake is not strictly a prerequisite for working at Allen & Unwin, but it does help.

Which all goes to explain the enthusiasm with which so many of us contribute to what has become a company tradition: the annual bake-off. It all started quietly enough about seven or so years ago with entries from about eight bakers from across all departments and with judging from a beloved bookseller, Roger Mackell from Gleebooks, and one of our longest serving authors, Milton Osborne. As I recall one of our young editors won with a fabulous chocolate concoction, decorated with a hand drawn cityscape of New York with sparklers embedded to imitate fireworks.

The bake-off hasn’t been without its controversies. One year, a department (that shall remain nameless) entered a shop bought cake, albeit one that was decorated to look like a football field! And for several years it looked like no one could wrest the winner’s mantle from one keen baker (our Senior Marketing Designer, Anthony), who took out the top prize every year until a broken foot prevented him from entering.

Judging the bake-off has always been serious business. Over the years we’ve had our creations tasted and appraised by the likes of Stephanie Clifford-Smith and Charlotte Wood (who wrote about it here, here & here!), Kumar Pereira from Masterchef and Valli Little.

The bake off is now run in conjunction with our Melbourne Cup celebrations, the entries forming a diabetic-coma-inducing afternoon tea banquet. There are now three, sometimes four, categories: chocolate cakes, biscuits and slices, healthy options, and savoury. 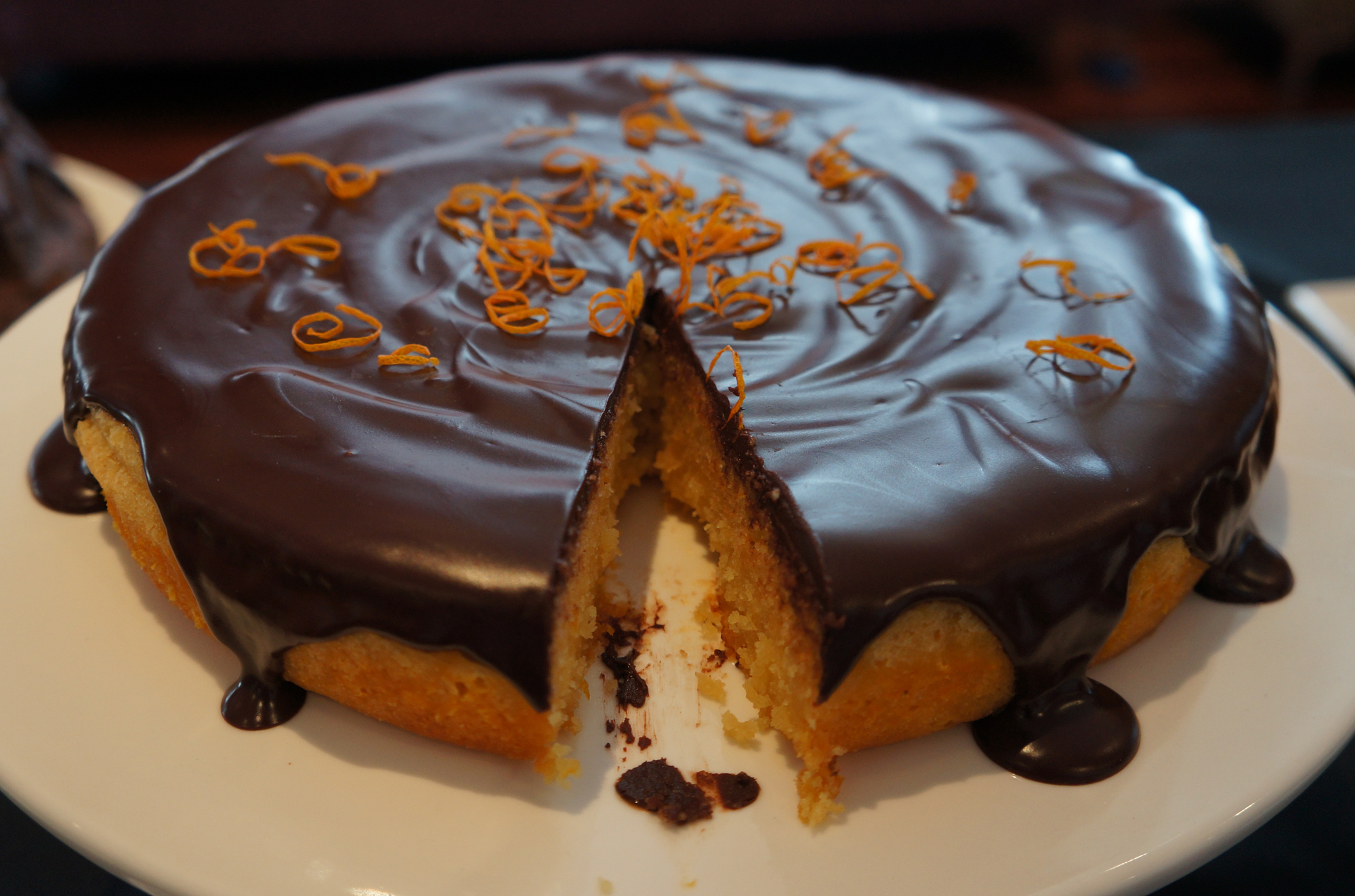 This year there were eighteen entries across three categories. Maltesers featured heavily, with two entries liberally studded with malty chocolate deliciousness. If I’d been a judge I’d have been hard pressed to choose between the light as air, six layer chocolate cake sandwiched with real strawberry flavoured frosting, or the very finely textured mandarin syrup cake with dark chocolate ganache icing. Yum.

But the judges, two of our lovely authors Kate Gibbs (journalist and author of After Toast) and Lee Holmes (of supercharged food fame), chose cakes for their flavour and texture, not just good looks. The winners in each of the three sections were equally modest, but delicious. And for the first time there was a tie for first place – between a ‘healthy’ carrot cake with cream cheese frosting, and an almond, orange and raspberry cake*. The real winners though were the ravenous and greedy staff who made short work of the offerings – and who are probably all rethinking their plans for dinner. 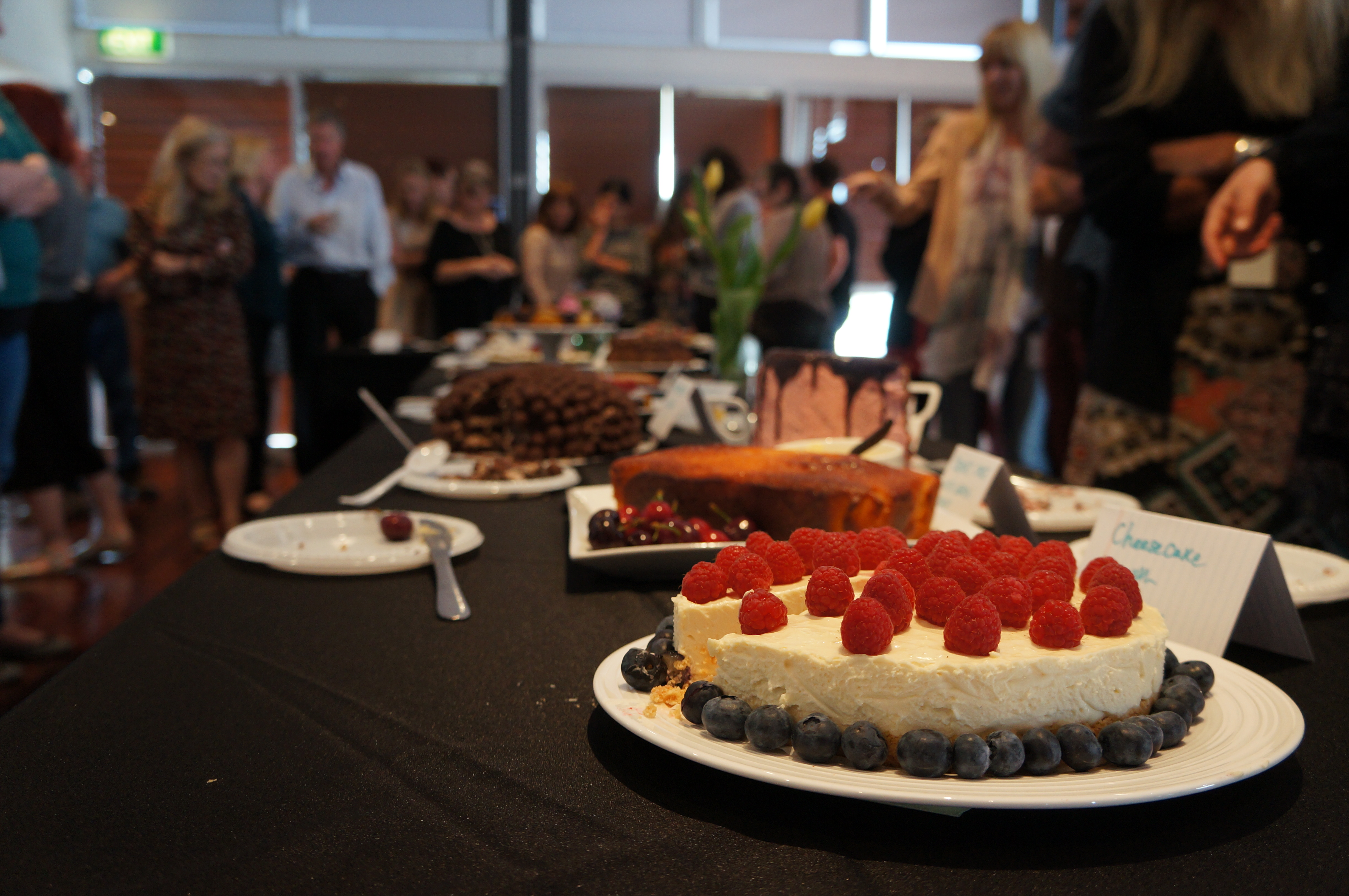 * Your correspondent was the baker of this entry. We can’t offer you a piece, but we can offer you the recipe. And here is the recipe for the incredible six layer dark chocolate and strawberry buttercream cake (as much a mouthful as the cake itself) which picked up the people’s choice award voted for by our staff.