We recently showcased some of the successes from our Faber Academy students, including Jill Lever who’s book “The Worm Who Knew Karate” which will be published by Penguin in 2015. It was created during Faber Academy’s 2013 “Writing for Children” course which included the one-day picture book workshop, taught by Sally Rippin, which directly led to her book. 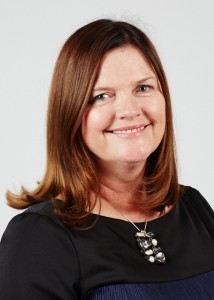 Jill said “I joined the Fiction for Children programme for inspiration with a quite different project and produced ‘The Worm Who Knew Karate’ only because of this workshop. Sally is a great teacher – evidently!” With Terry Denton agreeing to do the illustrations, this is a big feather in Jill’s cap, especially as it is her first published work! We caught up with Jill to find out more about her writing, and what she gained from our writing course and the tutors:

What is your writing background?

It really began as an interest in theatre. About 10 years ago I started actor training on a part-time basis with the VCA in Melbourne and that led to an interest in playwriting. I took classes with playwrights Peta Murray and Alex Broun and began writing short plays which were performed in pub theatres and festivals. I had various ideas for fiction, including a time-travel book for 8-10 year olds based on stories I used to tell my own children, but I hadn’t finished anything until I did the Faber course.

What attracted you to the Faber Writing for Children course? (which included a one-day picture book workshop)

I casually mentioned to a colleague that I needed the motivation of a short writing course. He asked his friend, Jen Storer, and she suggested I check out where Sally Rippin was teaching.  One quick Google later and I found both Sally and the Faber course. The content seemed ideal.  I travel a lot and the course dates happened to fit perfectly into a period I would be at home in Melbourne.  Serendipity!

I wasn’t specifically attracted by the one-day picture book workshop but I was, of course, happy to join in with everyone else. Sally made it interesting and I wrote all of “The Worm Who Knew Karate” on the actual day of the workshop.

Tell us about “The Worm Who Knew Karate”

It was the day before the workshop and, as I wasn’t actually working on a picture book project, I needed to quickly think of an idea. My son, Max, years ago had drawn a cartoon of a worm shouting at a bemused bird, “Stay back – I know karate!” It had always made me laugh so I decided to expand on the cartoon and tell the story of how Brian the Worm came to know karate. The story wrote itself really, inspired by the cartoon and guided by Sally’s class.

What was the best bit of advice you received?

I knew almost nothing about writing fiction so everything was useful. The manuscript for my time-travel story (which I hope will be the first of a series called The History Mysteries) has been heavily influenced by the themes raised by Sally and by Martine Murray – they were both fantastic. The best piece of advice was… finding your own voice, or perhaps using telling detail, or maybe getting quickly into the action of the story… no, I can’t pick out one piece of great advice… there were too many!

Did you make useful contacts on the course?

I met several published writers – Sally Rippin, Martine Murray and Andy Griffiths. I met people from Allen and Unwin. I met a lovely group of fellow writers with whom I have stayed connected. Most significantly, someone on the course, who worked at Penguin, showed the manuscript to publisher, Jane Godwin. Jane liked the story and was about to offer me an option on it when she happened to see Terry Denton. She showed him the text, he liked it, he agreed straight away to do the illustrations and his involvement clinched the deal – a contract soon followed. I feel very lucky.

The Worm Who Knew Karate will be published by Penguin in early 2015, while our next Writing for Children course takes place in Melbourne from March 2014. Led by Martine Murray, with guests Sally Rippin, Simmone Howell & Davina Bell, you too could gain a wealth of knowledge and take steps towards joining Jill in bookshops!

Find out more about the 2014 Writing for Children course schedule, and book before 10 January to save $150. More information on all our writing courses in Sydmey and Melbourne is available on the Faber Academy website.