To celebrate International Women’s Day on Saturday, with its theme of inspiring change, we asked some of our authors to pick out inspirational female authors or characters from literature. Today Amy Hatvany tells us of an authentic, real woman, away from some of the classic female characters.

From the very first page, I identified with Cannie in a way I have with no other character. She was smart, funny, and struggled with her body self-esteem. She was loving, and wanted to be loved. The realism with which she navigated the challenges thrown at her throughout the story struck a deep chord within me. She was flawed and made mistakes; sometimes doing and saying self-destructive things, but then had the courage to take ownership of those errors, laugh at herself a bit, then get back up and try again. She was emotionally wounded by her past and her present circumstances, and thus put up walls in order to protect herself from getting hurt, but in the end, remained open to the possibility of a happy ending. 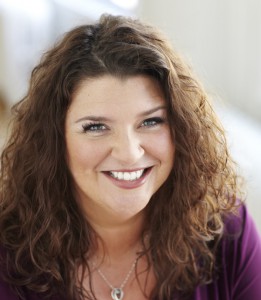 Cannie is one of the most authentically-written characters I have ever seen captured on the page. Ms. Weiner managed to create a perfect portrait of an ordinary woman dealing with difficult circumstances, steering her way through them with humour, honesty, and intelligence. It is this particular blend of personal qualities I find so inspiring and draws me to Cannie as I would be drawn to any “real” woman I met in my own life. She’s someone I’d be proud to call my friend.

Amy’s new novel Safe With Me arrived in bookstores this week, and her love of such finely crafted characters can be found in her own writing, in this story of secrets that link two mothers and one daughter.

Tomorrow Karen Viggers, author of The Lightkeeper’s Wife and more recently The Grass Castle, follows Amy in straying away from some of the classics in choosing her favourite character.

You can also read about the women writers who have inspired Fleur McDonald, and check back on International Women’s Day itself when we’ll be giving you the chance to win a fantastic collection of books about or by inspirational women.