Tim Winton, Kate Grenville, Andrew McGahan, Gillian Mears and Mandy Sayer are just some of the authors who’ve had their careers launched by The Australian/Vogel’s Literary award since it began in 1980. And just five weeks remain until another name is added to the list with our 2014 winner announced just after Easter, while entries for 2015 close in ten weeks at the end of May.

For young Australian authors, this is the most significant award in this country, with prize money of $20,000 from Vogel’s plus publication by Allen & Unwin. It is awarded for an unpublished manuscript by a writer under the age of thirty-five, and has launched the careers of some of Australia’s most successful writers. As well as those listed above, the roll of honour also lists more recently Paul D. Carter, Rohan Wilson (we’ll have a sequel later this year), Lisa Lang, Andrew Croome, Belinda Castles and Julienne van Loon. 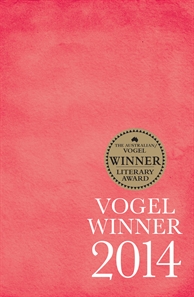 To say that the winner is shrouded in secrecy would be a HUGE understatement. Our marketing and sales team have to promote an unknown book, by an unknown author, up until the day (22 April for those wanting to mark their calendars) when the winner is finally announced and books are rushed into shops the following day! The number of people in the building who know who the winner is can be counted on one hand. And that counting doesn’t involve thumbs.

Thankfully, such is the prestige of the award, and the high standards set for a winning entry (last year the judges chose not to pick one, as “it would damage the award if we picked a winner simply because a winner had to be picked”) that the release is always much anticipated. Perhaps doubly so, after last year.

With previous winners going on to receive national and international recognition for their work, the award has a great reputation for unearthing new Australian talent and we’re thoroughly looking forward to getting stuck into reading the 2014 winner. As a teaser, here’s what one of the judges (and previous winner) Danielle Wood has to say about it:

‘…beautifully structured. The author skilfully weaves a number of story lines, managing suspense beautifully, and drawing all the threads together in a really satisfying conclusion… A really impressive piece of work.’

For those keen to make their name with the award in 2015, entries close on Saturday 31 May 2014, with entry forms and submission guidelines available on the Allen & Unwin website.

Do you have a favourite Vogel winner? Let us know in the comments, we’d love to hear your thoughts on this feature of the Australian literary landscape.