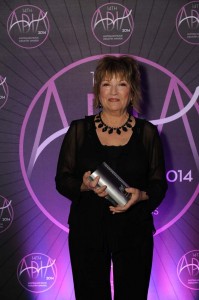 Last Friday we were delighted to pick up two awards for our books at the Australian Book Industry Awards, for Eleanor Catton’s The Luminaries and Kerry-Anne Walsh’s The Stalking of Julia Gillard, while the work of our Children’s Rights Director Angela was also recognised for her contribution to the industry!

The Stalking of Julia Gillard – Non Fiction Book of the Year!

The Stalking of Julia Gillard by Kerry-Anne Walsh began the evening when it took out the ABIA for the 2014 General Non-Fiction Book of the Year.

Kerry-Anne’s victory was met with support from political figures such as Wayne Swan and Rob Oakeshott:

Congrats KA Walsh & @AllenAndUnwin on Non-Fiction Book of the Year for ‘The Stalking of Julia Gillard’ @ABIA_Awards pic.twitter.com/75CSad1orR 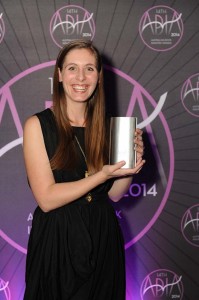 The Luminaries – International Book of the Year!

Then Eleanor Catton’s The Luminaries continued its prizewinning ways when it was awarded the 2014 International Book of the Year. There is only one award given to an international book at the ABIAs, so Eleanor’s book was recognised over all other international books published in Australia last year!

The ABIA Book Awards are determined by voting from an academy of booksellers and publishers with an expert panel of judges finally deciding the ultimate winner in each category.

While we knew these books were in the running for their awards, it was marvellous to have our Angela presented with the Pixie O’Harris Award for her career-long contribution to Australian children’s books. 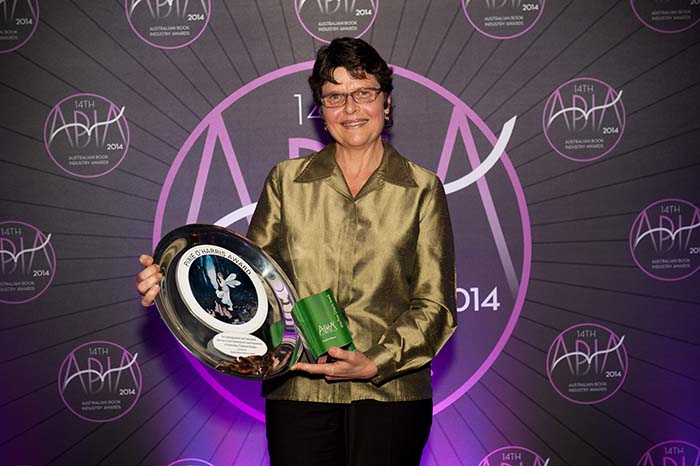 Angela was presented with her award by Rosalind Price, a former Pixie O’Harris Award winner herself, and the founder in 1988 of Allen & Unwin’s children’s publishing division. Rosalind outlined in her presentation speech how Angela, as Allen & Unwin’s Children’s Rights and International Sales Director, has done so much to raise the profile of Australian children’s books around the world. Her passion, energy, determination and business acumen are hugely respected by authors, agents and publishers worldwide. She is always looking for ways to get Australian books more widely published and read in international markets and she’s an extraordinary source of insight for her colleagues with her detailed understanding of children’s publishing in every market. And, as Rosalind noted, she’s particularly loved by everyone for her ability to match each book with just the right publishing company in each market – no mean feat in the complex and highly competitive book world.

All of us at Allen & Unwin are hugely proud of Angela’s achievements, congratulations!

Find out more about the Australian Book Industry Awards on their website.