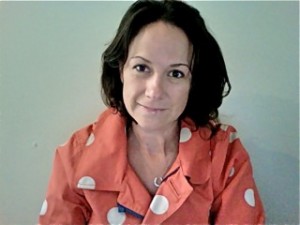 We’ve learnt about desire at the Faber Writing Academy: that crucial, profoundly human element is at the core of what we’re doing when we write a novel. Guest tutor, Kathryn Heyman, enlightened the Writing a Novel class with her thoughts on the necessity of desire in our work. Characters must have a want, a thirst, a longing for something. Kathryn says that strong enough desire meeting strong enough resistance creates the best fiction. She told us to find the moment that defines what the protagonist wants. What does that moment look like?

James Bradley, the course tutor, says the desire in your novel is its engine, the thing that makes it go forward. If you have two characters in a scene and each of them wants something different, you automatically generate tension and conflict. What can the element of desire, or need, force us to? What is our reaction when we crave the one thing we can’t have? Does the need in your protagonist reveal a flaw, an impoverishment? Could your character’s desire expose their wound, or a sense of desperation that will drive the narrative? James says the things that are stopping your characters from getting what they want are the things that will drive the story. Desire makes stuff happen, it makes life happen.

Desire is telling, revealing, secretive. Aristotle said that character is nothing but the sum of the choices we make when we’re forced to act – it’s when we’re in extreme situations, when we’re under pressure, that we show ourselves. You can learn about your characters by making life hard for them, by stopping them from getting what they want. Frustrate them! Throw resistance at your protagonist! Make them deal with obstacles and suffering, some internal, some external. How does your character react? Does it make them irrational? Cruel and vicious? Manic or depressed? James recommends that we use that sense of want or desperation to disturb the world around our protagonist. Could it propel them into action? Rip them from inertia? Force them to a truth, or a different way of seeing?

Desire is force. It can be irrational, uncivilised, uncontrolled. Sylvia Plath said she desired the things that would destroy her in the end. Is it the things we most desire, those potent needs or wants, the things that drive us to act or to change or to tirelessly endure, that could also be our downfall? Kathryn suggested the things that move us forward in life are also the things that can get us stuck. What is desire responsible for? What acts of courage or endurance, great works of art or architecture? What crimes have been committed because of desire? What suffering has been endured? Desire can make your character ravenous, base, audacious. James says we should use desire to tap into our characters’, that their wants will show us their inner lives.

Kathryn spoke about the desire to write. Writing a novel is bewildering and frustrating, even painful at times. We, as writers, also need an engine, a hardened want to keep going, to push beyond the problems in our work. Your own desire to write is one of the most important tools you have as a writer. It will be the thing to get you to the end of your novel.

If desire is the key to motivation, don’t forget the desire of your reader. You need to decide how much to give them and what sort of work you want them to do. James’ advice is to catch them in your strange dream, then give them just enough so that when they get to the end of one thing, they will feel the need to know something else. Feed your reader’s desire, bit by bit.