With a bit of a focus online about Men Reading Women (following on from #WritingWhileFemale – read how that started), I rounded up some of my fellow menfolk in the office to see what their faves of the year were, with a few of 2015 to look out for amongst their selections too.

Personally, when looking at the pile of books I’ve read this year the bulk are by women, and there’s been so many standouts there’s no way I could just pick one or even five. So I’ve picked about ten (at least). But a major highlight was being introduced to Jo Walton with the gorgeous fantasy novel Among Others,  before she cemented herself as one of my favourite authors with My Real Children – an alternate history about a woman with dementia recalling her two incredible but contradictory lives, which was heartbreakingly beautiful and had me captivated until the end. 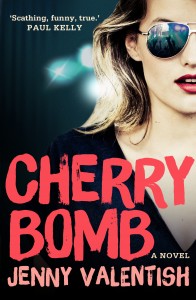 The Eye of the Sheep by Sofie Laguna was another heartbreaker, while the Vogel’s Award Winning After Darkness was a slow burning wonder. Beautifully written, it is a fascinating insight into Japanese internment in Australia coupled with the protagonist’s gradual awakening to what happened in his past.  More light-hearted, on first glance, was Cherry Bomb by Jenny Valentish which tackles the Australian music scene, but the entertaining exterior hid far more thought provoking topics of sexual abuse, drugs and rock’n’roll.

An oldie I also read and loved, which I’ll mention as it was recently picked out by author Lisa Jacobsen as her fave of the year, was Claire Corbett’s When We Have Wings – I’m thoroughly looking forward to reading a new book from her in 2015. On the non-fiction front My Salinger Year stood out, along with another captivating memoir (slightly cheating, as it’s not out until March), Kim Gordon’s Girl In A Band. 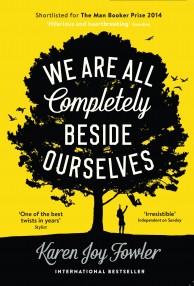 Our Publicity Director Andy chose a number of highlights, including our 2014 staff favourite We Are All Completely Beside Ourselves which he called “a fascinating novel and a worthy Booker Prize shortlister”, also a standout for Murdoch Sales & Marketing Director Matt, who said “it was at times laugh out loud funny with some fantastic writing and it was also wonderfully poignant.”.

Other favourites from Andy included This House of Grief by Helen Garner which is “Compelling and devastating. I would read anything written by Garner.” and Delicious! by Ruth Reichl “as moreish and as light as the best soufflé”.  Andy & Matt have pretty similar taste, both being fans of The Goldfinch by Donna Tartt, Andy saying “It’s a long while between drinks with Donna Tartt but always worth the wait” and Matt remarking “And we’ve all read The Goldfinch by now right? That book is one of my all time favourites. What a writer!”.

Another shared fave was Lorrie Moore’s acclaimed collection of short stories Bark, with Justin calling it “evocative, uncomfortable, exquisite, and very drily funny” and Matt saying “I loved Lorrie Moore’s Bark as well. Very thought provoking and funny, she reminded me a bit of A.M. Holmes who I also really rate and who’s most recent novel May We be Forgiven is an epic black comedy and one of my stand out novels from the last couple of years.”. 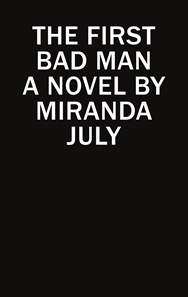 Justin’s other choice was one of our most anticipated of 2015, The First Bad Man by Miranda July – “I read the first chapter snippet and it rules from the very first sentence.” (a sentiment shared by me), with Byron describing it as “Deeply funny without being inhumane towards its protagonists – you can laugh at them while still empathising with them.”.

Byron also picked out My Salinger Year by Joanna Rakoff: “A frank account of a year in the life of a young woman living and working in New York City. It deals deftly with the insecurities, disillusionment and the struggle to find a place for yourself in the world.”

Matt added more into the mix, finishing with “The other books I’ve read this year that I’ve enjoyed and just happen to have been written by women are Lost & Found by Brooke Davis, which was quirky and heartbreaking, while When the Night Comes by Favell Parrett was really beautiful and has a fantastic sense of place.” 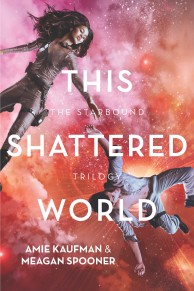 This Shattered World by Amie Kaufman and Meagan Spooner stepped things up a notch from These Broken Stars and had me hooked (in fact, after reading the sample chapters in novella The Night So Dark I begged the editor to send me more!). Great action packed storylines with fantastic characters, along with some mystery and romance thrown into this epic sci-fi for good measure, bring on the next instalment!

I binged on Rebecca James’s great thrillers, ripping through the fantastic Cooper Bartholomew is Dead before going back to finally read Beautiful Malice, and I also devoured We Were Liars (another staff favourite) along with debut author Clare Strahan’s Cracked, a charming coming of age novel set in Melbourne.

So, there we have it, not only do a few men work in publishing (there are a few more of us here, these are just the ones I could corner), we also read and love women authors (and YA)! 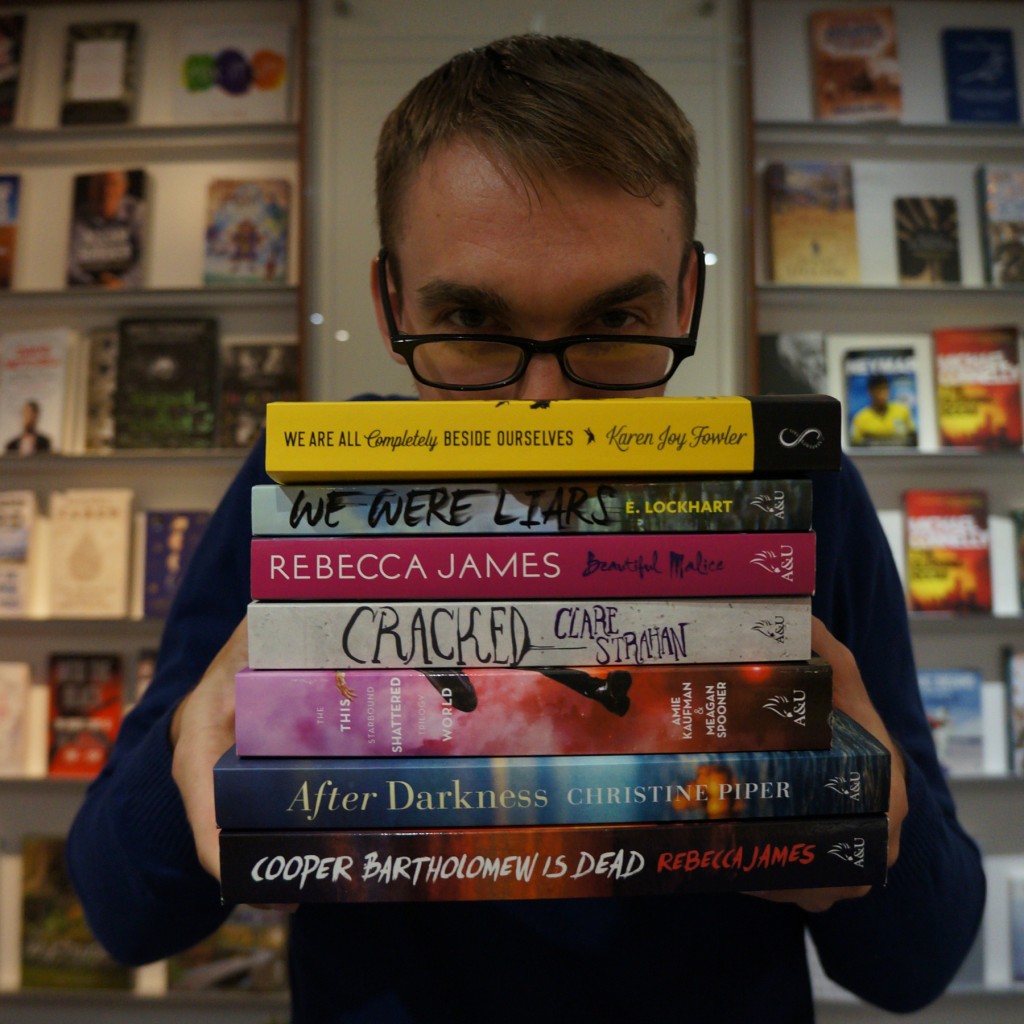