We are super excited about March, and the opportunity to share with you all a new book from the masterful Kazuo Ishiguro – The Buried Giant.

It’s been over 10 years in the making, after his wife told him his first draft was rubbish – quite a contrast from the first draft of Booker Prize winning The Remains of the Day which he recently revealed was written in just four weeks! 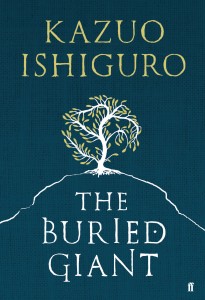 You’ve long set your heart against it, Axl, I know. But it’s time now to think on it anew. There’s a journey we must go on, and no more delay…

The Buried Giant begins as a couple set off across a troubled land of mist and rain in the hope of finding a son they have not seen in years.Sometimes savage, often intensely moving, Kazuo Ishiguro’s first novel in a decade is about lost memories, love, revenge and war.

Books going out to our sales reps, can you guess this big book for next year? #foryoureyesonly #newbooks

Booksellers, #TheBuriedGiant is coming! Prepare to sweet talk your Sales Rep, as proofs of this incredible new #KazuoIshiguro novel are hot property. A photo posted by Allen & Unwin (@allenandunwin) on Nov 11, 2014 at 10:14pm PST

Books have gone out to our reps and to booksellers, and now we’ve got a few to share with readers too. For your chance to get an advance copy, check out the Goodreads giveaway below

You can check out some of our other most anticipated books for the first half of 2015 here.