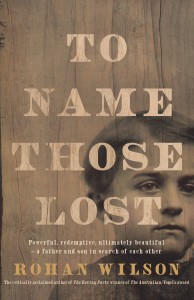 We’re delighted to announce that Rohan Wilson’s novel To Name Those Lost has won the Fiction Award at the 2015 Victorian Premier’s Literary Awards, cementing his place as one of Australia’s best young writers.

He was named one of the Best Young Australian Novelists by the Sydney Morning Herald following his 2011 Vogel’s Award winner The Roving Party, which also picked up prizes at the Tasmanian & NSW Literary Awards.

To Name Those Lost is Rohan’s second novel and overlaps slightly with his first through a common character, but takes place in 1870’s Tasmania amidst the Launceston Riots of 1874. The judges in the Victorian Premier’s Literary Award said of To Name Those Lost:

Rohan Wilson’s second novel returns to Tasmania’s violent past. It is a tale of revenge and hopeless, almost comic, tragedy. The novel follows the journey of Thomas Toosey. Toosey, who was first seen as a boy in Wilson’s first novel The Roving Party, is now a wild and murderous old man, on a quest to reunite with his son. Toosey, in turn, is being trailed by his nemesis Fineal Flynn, a man consumed with the desire for vengeance. This game of cat and mouse plays out against the backdrop of the Launceston Riots of 1874 and its attendant lawlessness and poverty. The writing is compelling and vivid, the use of language superb, and Wilson skillfully weaves the narrative through fiction and history to its awful conclusion. 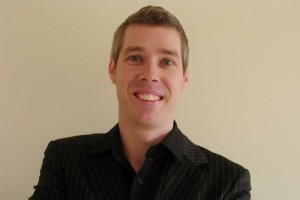 In an interview Rohan hinted at what was to come in his next work, and while it too returns to Tasmania, it moves forward 200 years:

Rohan Wilson’s second novel, To Name Those Last, brings back one of the main characters from his Vogel-winning first novel, The Roving Party. He wrote it as part of the PhD he has completed at the University of Melbourne.

While his novel returns to the violence of 19th-century Tasmania, he wasn’t contemplating a trilogy. “The book I’m working on is still set in Tasmania and has thematic connections but I don’t think there are any characters that connect – it is set in 2074 so there wouldn’t be anyone alive.”

Hear from Rohan in Perth and Adelaide

Rohan will be attending Perth and Adelaide Writers’ Festivals next month, so you can hear him in person discussing his writing, Tasmania and our colonial history.

Read an extract of To Name Those Lost:

View this document on Scribd

Reviews of To Name Those Lost:

The book has received much praise from reviewers, with Peter Pierce writing in The SMH:

Grim, yet boisterous, Rohan Wilson’s second novel, To Name Those Lost, again takes as its setting the dark, almost too familiar past of Tasmania. What he has achieved in each novel is sombre, strange, yet full of elan. Another Vogel winner seems fairly launched on a long career.

Geordie Williamson in The Australian wrote:

Wilson remains a gifted translator of historical detail into fictional terms. The ripe idiomatic language of the day is reproduced in such a way as to seem real without being anachronistic. A tale that readers will not be able to wrench their eyes away from.

Goodreads reviews for To Name Those Lost