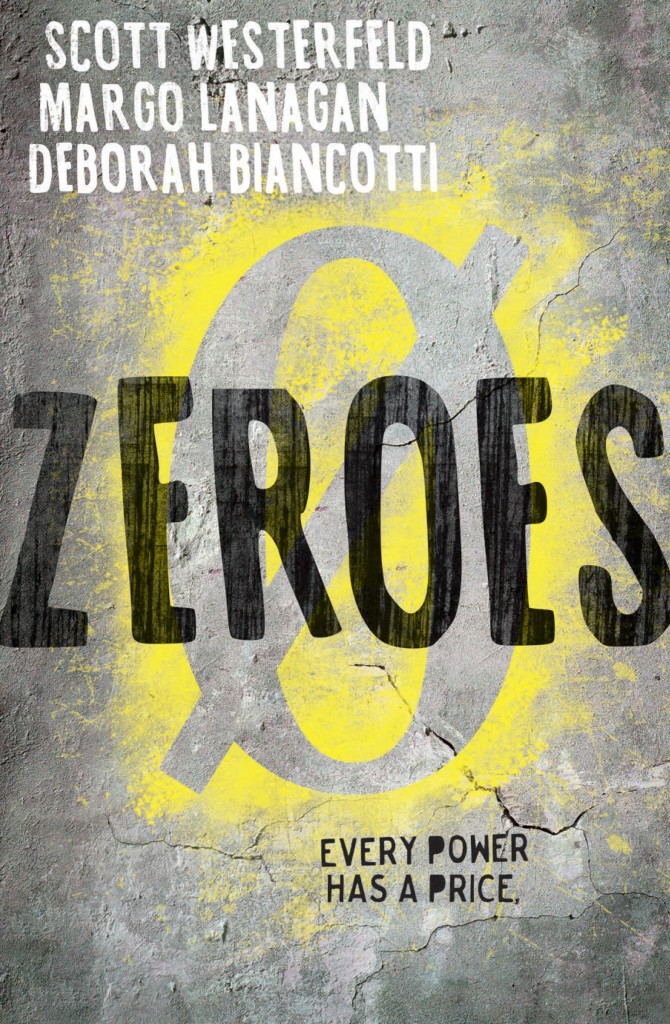 We are super excited to announce that later this year we’ll be publishing an incredible new trilogy Zeroes, written by the talented trio of Scott Westerfeld, Margo Lanagan & Deborah Biancotti!

The series takes a fresh look at superheroes following six characters, all with special abilities, born in the year 2000 in California who together make up the self-named Zeroes. Their abilities make them anything but heroes – until a high-stakes crisis changes everything.

We’ve spent the last two years coming up with these characters, crafting what we hope is a totally new take on superpowers and we’re excited to finally unleash Zeroes on the world.

Excited to say the least. Our Children’s & Young Adult Publishing Director, Eva says of the trilogy:

And here’s what some of our other staff have to say about Zeroes:

What a brilliant story – I cannot wait to start recommending it to everyone I know! Absolutely compulsive reading – this is YA fiction at its best!
– Kristy

What a brilliantly plotted and thrillingly paced book! It drew me in completely because of the unique nature of the characters’ skills. Scott, Margo and Deb have outdone themselves!
– Jennifer

This was incredible – the story was so filmic and the characters so believable that I could see it all playing out as though I was watching a movie. When I was forced to put the manuscript down (to sleep, work – you know, all those annoying interruptions to reading!) my head was still full of the story and I was constantly wondering what was going to happen next! Great superpowers, very realistic characters – can’t wait to read more in this series.
– Kylie

About the authors – Scott Westerfeld, Margo Lanagan and Deborah Biancotti

Scott Westerfeld is the #1 New York Times bestselling author of the Uglies and Leviathan trilogies and his latest solo novel is Afterworlds.

Margo Lanagan has won four World Fantasy Awards for her short stories and for her novels Tender Morsels and Sea Hearts, with work shortlisted in the Hugo and Nebula awards and longlisted in the International IMPAC Dublin Literary Award and for the Carnegie Medal.

All three authors live in Sydney, where they meet weekly at a pub to keep the Zeroes series on track and squabble about characters’ motivations. Margo Lanagan has explained a little on how the collaboration works:

There are six characters, so we each draft for two characters’ viewpoints and then poke and prod at each other’s chapters to make them all fit together. So far, there have been no assaults. Raised voices, because we’re all pretty passionate and opinionated. And more tears of laughter than solo writing usually gives rise to.

Zeroes will be published in October 2015, and we hope you’ll all be looking forward to it as much as us – when you take three superb authors, writing six great characters with superhero powers (or not), you’ll be getting not one but three great books to look forward to over the next three years.

You can add it to your Goodreads now to look out for updates: