Following the success of our first year, with winners Sarah Price and Clementine Bendle-Thompson, the number of applications almost doubled this year. This led to many more high quality applications, which made both a challenge and a blessing for judges. Co-director for the Melbourne course, novelist Toni Jordan said of judging:

There were so many seriously fantastic applications. I’m completely blown away by the standard. It’s been a blessing reading these gorgeous samples of writing but it’s been agony deciding which one would get the scholarship. 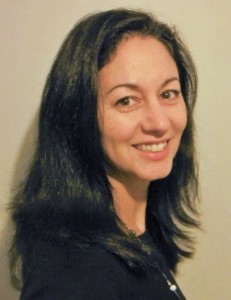 In 2015, she’ll be a Laughing Waters Artist in Residence and spend two months living by the Yarra River, hopefully completing the first draft of her novel. She’s passionate about languages, literature, science and sanitation.

Toni Jordan liked Michelle’s ‘ear for the music of a sentence, which is a rare gift and an eye for beautiful detail.’ while co-director and novelist Paddy O’Reilly thought her writing impressive:

I’ve read a number of her stories, and if she can carry her strengths over to the novel form she will write a very good novel. 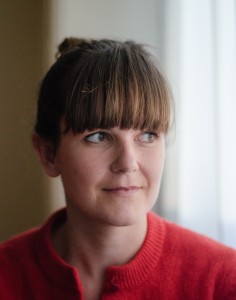 Pip Smith is a writer and devisor of writing-based events. She has run Penguin Plays Rough since 2008, for which she edited the Penguin Plays Rough Book of Short Stories in 2011, and in 2014 developed Details Unknown for Sydney’s Justice and Police Museum. Pip was a co-director of the National Young Writers’ Festival in 2012 and made the interactive poem Wayside Renga for the Red Room Company. Her first poetry collection, Too Close for Comfort, won the Helen Ann Bell Award and was published by SUP in 2013.

She is currently a doctoral candidate at the University of Western Sydney under the supervision of Ivor Indyk.

Kathryn Heyman, novelist and director for Writing a Novel in Sydney said:

In a very strong field of applicants, Pip Smith’s ambitious take on a known historical story stood out for its delicacy of touch, keen sense of character and sheer elegance of language.

If you’d like to join our lucky scholarship winners in writing YOUR novel, there’s still places available on both our Sydney and Melbourne Writing A Novel courses which start on March 10. Find out more about the course with a wealth of writing tips from our tutors in blog posts from past scholarship winners Sarah Price and Clementine Bendle-Thompson, as well as other course graduates Virat Nehru and Leah De Forest.

If you’re looking for a shorter course, see what’s available in Sydney or Melbourne, with numerous courses covering all aspects of the writing and publishing process.