To celebrate International Women’s Day on Sunday, we’ve been asking our wonderful authors about what the day and its themes mean to them. Here’s Bad Behaviour author Rebecca Starford on the power of female relationships in tackling gender equality. This power of friendship, between women and men, is also shown in Margo Lanagan’s short story Cat Calls, in Eat the Sky, Drink the Ocean.

Young friendships are massively influential in the way we form relationships in later life. For many women, the first heartbreak they ever experience is the loss of the best girl friend – generally through conflict.

My debut memoir, Bad Behaviour, which is out this month, recounts my experiences during a year away as a fourteen-year-old at a remote outdoor-education boarding school campus in the Victorian highlands.

Here at ‘Silver Creek’, I lived with fifteen other girls in a wooden unit called Red House. The conditions were Spartan: we had no heating or cooling; no television or internet or phones. The hot water for evening showers was generated from an old-fashioned boiler. The house was also self-regulating: teachers lived away from us – out of sight, and out of earshot. Such a set-up, while laudable in its intentions, had unpleasant consequences: bullying was rife in Red House.

Each day, after our regular school program, we were made to participate in cross-country runs – up to fifteen or twenty kilometres at a time. During the summer and spring terms we hiked each weekend around the surrounding mountain ranges, or went canoeing and white-water rafting. During the winter terms, when we weren’t skiing, we were sent on community service to neighbouring farms.

I’d never lived away from home before, so Red House became like a surrogate family. Despite enjoying aspects of the school program (the hiking was particularly wonderful), I was extremely homesick.

This feeling of sadness and loneliness manifested in unexpected behaviour. I yearned deeply to fit in with the other girls around me – girls I perceived to be happier and more experienced in this boarding-school environment. They were also the most dominant girls in the house, wielding this power expertly. And I, in turn, became both a bully and – perhaps inevitably – the bullied.

It was a year that came to shape me profoundly – the affects of which I didn’t truly come to realise until I was an adult and found myself in a bullying sort of romantic relationship.

It was a very unhappy time. Despite being a fairly functional adult (I had a good job and was making in-roads with my writing), I found myself trapped by the dynamics of these relationships from childhood.

Sometimes I used to wonder if I would ever shake these feelings and these traits of behaviour. I had moved through university lonely – I found it difficult to strike up conversations with other girls and boys, crippled by shyness. Would, I often caught myself thinking, I ever be a good friend to anyone else? 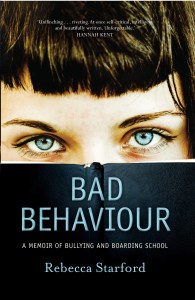 You might be wondering why I am writing such a blog for International Women’s Day – a day that celebrates women and the fight for women’s equality.

But I believe that talking about the power of female friendship – and in particular its redemptive, healing qualities – enables women to work closer together in the fight for gender equality across all facets of life.

For me, it was friendship that turned my life around.

These days, I am lucky to have a wonderful group of friends – two of whom I have known since I was ten years old (one even features in Bad Behaviour). They have taught me a lot about myself. I hope I have become a much better friend as I’ve got older, especially in recent years, because I understand myself a lot better. I’m also far more intuitive about my friends’ feelings and emotions.

So while Bad Behaviour is a book about boarding school and bullying, it is also a memoir about friendship and love. And this transformation in my life happened with a little help from my friends. 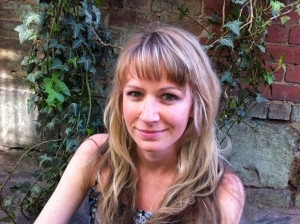 Rebecca Starford is the co-founder and publishing-director of Kill Your Darlings and an editor at Text Publishing. She has written for Guardian, Age, Sydney Morning Herald and Australian newspapers. She was a founding member of The Stella Prize steering committee, the yearly award celebrating Australian women writers’ contribution to literature.

Hear Rebecca talking about her experiences at boarding school and beyond, and read an extract from Bad Behaviour here.

Check back all this week for more of our authors writing about International Women’s Day.