Rivertime is a tender and beautifully illustrated tale of a boy and his bird-watching uncle, on a paddling trip on Australia’s Glenelg River. It is a story about slowing down, growing up, and connecting with the land and its creatures. It is also the story of a rite of passage – Clancy is now old enough to join his Uncle Egg on an adventure canoeing and camping trip, learning how to look after himself far away from the distractions of modern life. 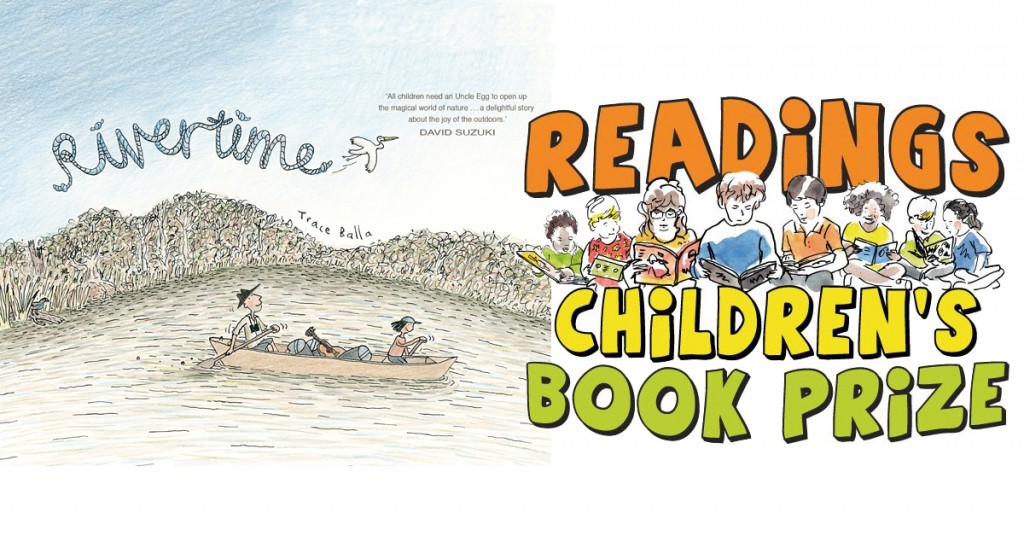 What’s so special about Rivertime is its ability to make readers happy. At its heart, it is a celebration of the Australian bush and the rejuvenation of spirit the bush can give us when we spend time in it.

The publisher and editor of the book noticed an amazing thing when they were working on the story: no matter how chaotic their day was, each and every time they sat down to read through the story anew, they found themselves feeling peaceful afterwards – as if they’d been meditating, or out on the river themselves. Because the story had slowed them down to rivertime!

Trace has received lots of fan mail about the book since it was released, from kids and their dads and mums saying it has become a really special book they read and share together, and which has prompted them to go on trips into nature of their own.

All children need an Uncle Egg to open up the magical world of nature. We all need to get outside, away from television, computers and mobile phones, and what better way than a canoeing–camping trip? This is a delightful story about the joy of the outdoors.

Rivertime reminds us to slow down and open our eyes to all the beauty around us. We may not be lucky enough to travel up a river for days on end, but most of us can still take our children for a stroll through a park, meander along a creek or even just peer underneath a leaf to uncover the world hidden there. In a time where we are bombarded by so much choice in how to fill our child’s day, Rivertime reminds us that it’s often the quietest moments that will be the most dearly remembered. 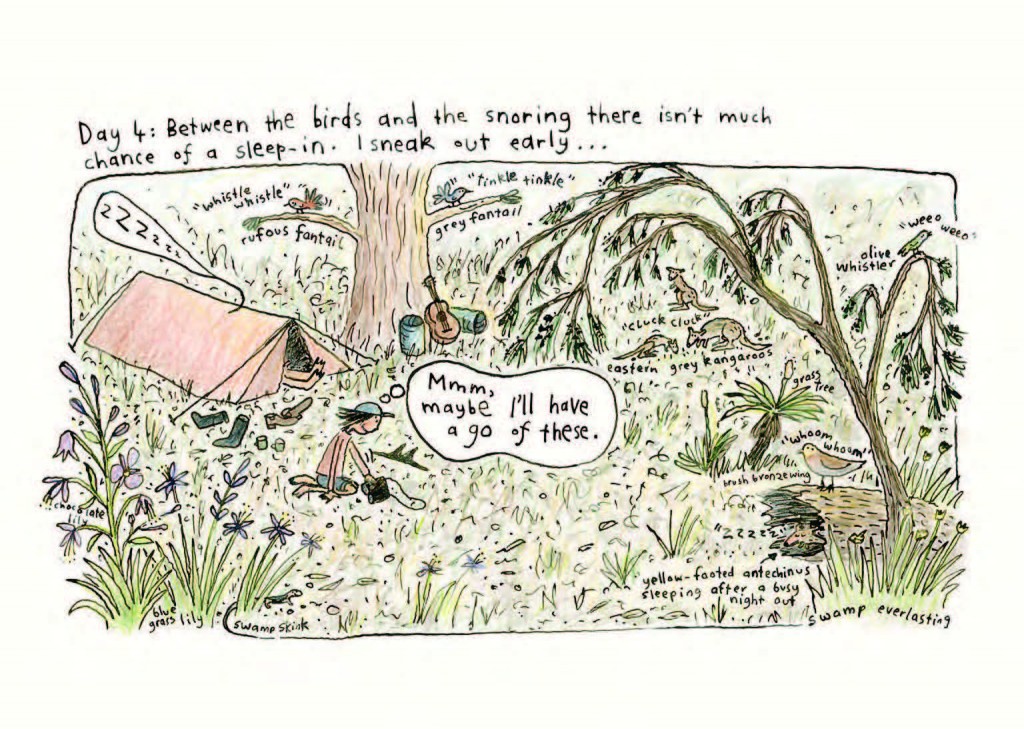 We chose Rivertime as the winner for many reasons – we think it is utterly unique and unlike anything else we have ever seen, we love the artistry of it and we believe it to be a stunning debut that heralds an exciting new Australian author/illustrator. The attention to detail in Rivertime is extraordinary, engrossing you in the unique flora and fauna on each page, while also following the action. Then there are those stunning double page spreads that just allow the eye to relax and the brain to go ‘aaahh’.

It is also a thrill to choose a book that is so clearly about engaging with our natural world and taking an active role in its conservation. In an age when environmental concerns have never been so worrying, children are spending less and less time outside and interacting with nature. Rivertime encourages us to remedy that with its wonderful evocation of the simple joys of paddling up a river.

This is a book to be cherished and enjoyed over many years and we look forward to sharing our love of Rivertime with the wider world.

We thank Trace, for bringing this beautiful story to us and are excited that there is a sequel coming in 2016.

It’s true, Angela – those double-page spreads really do allow your eye to relax and your brain to go ‘aaahh’!!

You can read a great interview by Readings with the author and illustrator, Trace Balla, and you can download a free pocket-sized bird-watching guide to accompany Rivertime here.

We’d like to say a huge thank you to the ASA for giving Trace a grant to work on Rivertime and also a big thank you to Readings – what fine taste in books you have! (They also picked Julie Hunt’s Song for a Scarlet Runner as last year’s inaugural winner.)

And most of all…CONGRATULATIONS, Trace – we are so proud of you!

Rivertime is also shortlisted for the CBCA book awards, announced in August, so maybe we’ll get to celebrate it again then!