Two recent books help us in our understanding of autism, from the personal level with the incredible story Judy & Tim Sharp, to the evidence based research of American journalist Steve Silberman.

One of our top selling non-fiction books over the past few months has been A Double Shot of Happiness, telling of how Judy Sharp defied medical advice and expectations to help her son Tim overcome his autism diagnosis as a three year old (from a particularly unsympathetic doctor) to become an engaging and endearing young man, who has also become an internationally acclaimed artist.

Here they are explaining their story on ABC News Breakfast:

PREPARE TO BE INSPIRED – Judy and Tim Sharp explain how Tim, who has autism, was once dismissed by medical experts but has gone on to become a world famous artist. His creation Laser Beak Man inspired a TV series and now Broadway show. Their story is now a book “A Double Shot of Happiness.” More info at: http://www.laserbeakman.com/
Posted by ABC News Breakfast on Wednesday, 15 July 2015

Here’s a longer interview with Judy and Tim talking to Bernard Caleo at the Wheeler Centre: 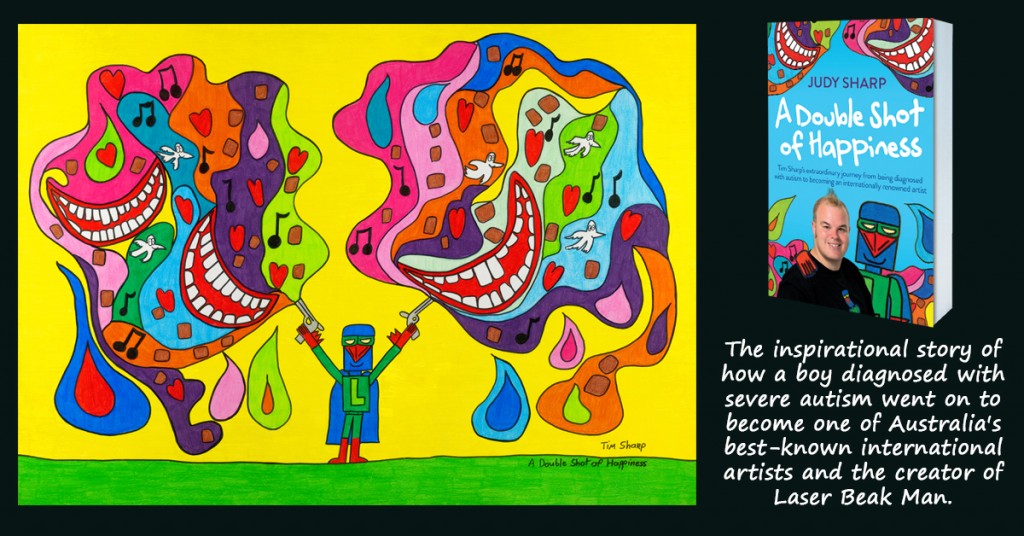 Tim and Judy’s story of parental love and support overcoming autism fits in with the new book NeuroTribes by American investigative reporter Steve Silberman. Steve has dedicated the last 15 years to researching and reporting on autism after publishing a ground-breaking article The Geek Syndrome on the prevalence of autism in Silicon Valley. 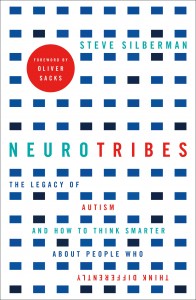 While Steve’s background in technology reporting initially meant a focus on those fields, his book looks back at the history of autism and aspergers, and their impact on creativity in art and science. He also proposes a broader model for acceptance, understanding, and full participation in society for people who think differently.

Here’s what he says about that history, and how it relates to the story of Tim and Judy Sharp’s experiences in overcoming Tim’s autism, and its role in art and creativity:

Offering an alternate story of autism, Hans Asperger ran a combination clinic and residential school in Vienna in the 1930s. Asperger’s ideas about teaching children with learning differences were progressive even by contemporary standards. Mornings at his clinic began with exercise classes set to music, and the children put on plays on Sunday afternoons. Instead of blaming parents for causing autism, Asperger framed it as a lifelong, polygenetic disability that requires compassionate forms of support and accommodations over the course of one’s whole life.

Asperger viewed autism as a diverse continuum that spans an astonishing range of giftedness and disability. He believed that autism and autistic traits are common and always have been, seeing aspects of this continuum in familiar archetypes from pop culture like the socially awkward scientist and the absent-minded professor. He went so far as to say, it seems that for success in science and art, a dash of autism is essential.

[Seventy] years later, we’re still catching up to Asperger, who believed that the “cure” for the most disabling aspects of autism is to be found in understanding teachers, accommodating employers, supportive communities, and parents who have faith in their children’s potential.

Steve’s TED talk earlier this year on “The Forgotten History of Autism” has over a million views, and you can watch it below for more of his insights into autism, with his award winning book NeuroTribes available now.

Here’s Judy and Tim delivering their own TedX Talk at the Sydney Opera House:

So if you want a better understanding of autism, watch these videos and pick up one of these two books, and be prepared to change conventional thinking about autism.