As publishers, we are regularly asked to nominate our ‘highlights’ for the upcoming year. It’s one of my least favourite tasks, because to me, every book we publish is a highlight! (of one sort or another – we wouldn’t publish them if they weren’t). And there’s always a strict limit to the number of titles you can mention – usually around 4 to 6. Only 4 to 6! Do these people know how many wonderful titles we publish across the entire list?! 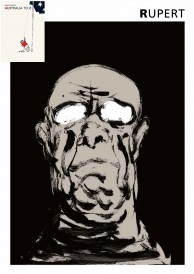 I have various strategies for selecting the children’s and YA highlights, including (a) focussing on the next few months rather than the whole year; (b) spreading the love across a range of genres and readerships; (c) prioritising new books/series over sequels; and (d) making sure I select at least one title that is a bit off the wall.

This year’s off-the-wall title was easy: Australia to Z by Armin Greder (January). Juxtaposing words and images in a highly original ABC book for older readers, Australia to Z shines an uncompromising light on what it is to be Australian as it makes its way from ‘Aborigine’ to ‘Boat People’ to ‘Calories’ to ‘Digger’, accompanied by award-winning creator Armin Greder’s unsettling illustrations. A provocative conversation starter [Ed: more on that in an upcoming Australia Day post]. 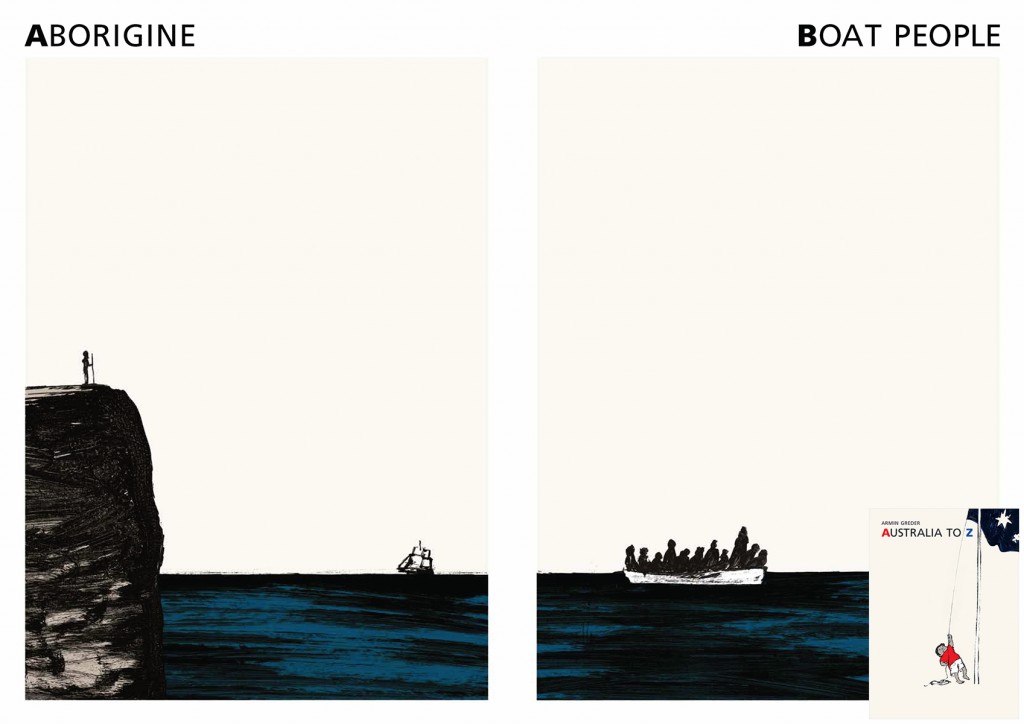 My top ‘summer read’ has to be Summer Skin by Kirsty Eager (February) – a searingly honest and achingly funny story about love and sex amid the hotbed of university colleges that we hope will generate a lot of debate and conversation. It’s raunchy, romantic, and as smart as it is hot. Clementine Ford has called it ‘the feminist love story that girls have been waiting for’.

‘Funniest new series’ goes to Captain Jimmy Cook Discovers Third Grade by Kate and Jol Temple, illustrated by Jon Foye (May). For seven to ten year olds, the first book introduces us to young Jimmy Cook, who is finding History Week a bit boring until he discovers that he and Captain Cook have a few things in common … Our test readers are loving it: Wesley (9) says ‘The book went through my brain in a whirl of excitement and creativity as the story unfurled!’ – check out the trailer below!

In celebration of illustrator Freya Blackwood’s astounding triple CBCA award win in 2015, I have chosen to feature Hattie Helps Out by Jane Godwin and Davina Bell, illustrated by Freya Blackwood (March), as my picture book selection. This is just the most perfect story about a preschooler! Any parent of a four year old will relate to Hattie’s insistence that she doesn’t need a sleep but would rather help with the party … with surprising results. Gorgeous and adorable. 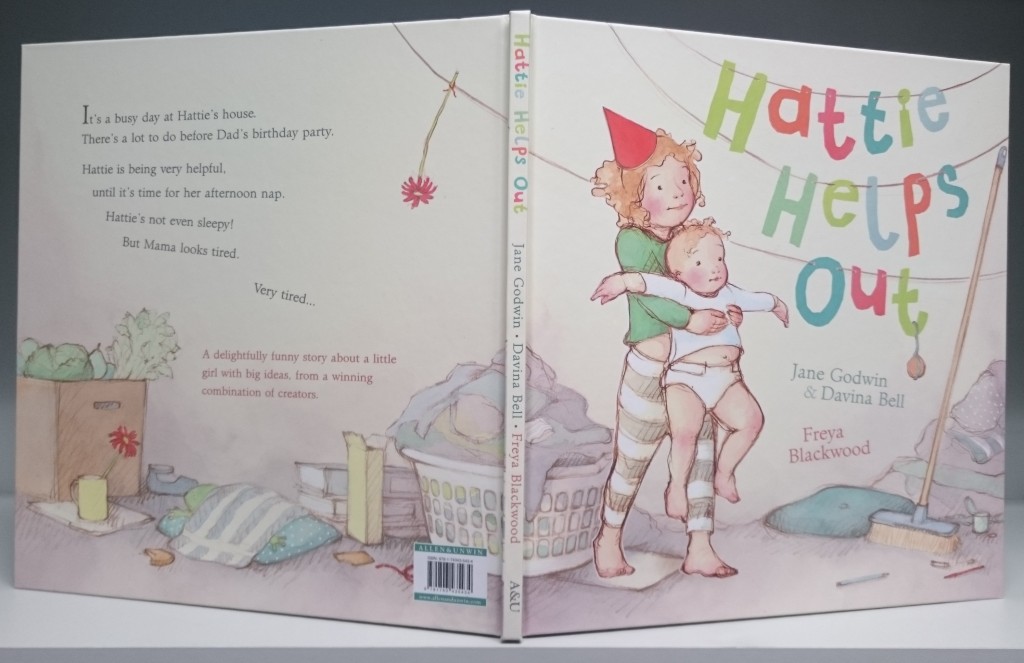 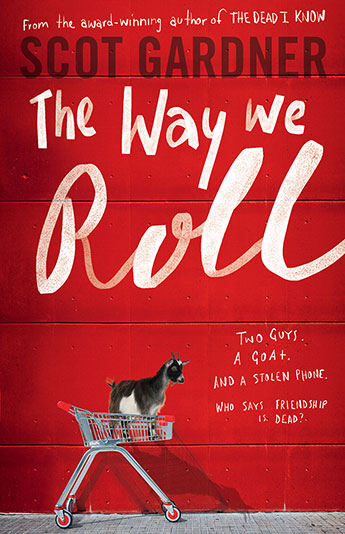 For fans of young adult, we have a wealth of other wonderful OzYA titles coming in 2016 including The Stars at Oktober Bend (Glenda Millard, February) – an achingly romantic story of healing and resilience; My Sister Rosa (Justine Larbalestier, February) – a creepy, chilling and oh-so-clever suspense; The Way We Roll (Scot Gardner, March) – a rollicking bromance with a twist; and Dreaming the Enemy (David Metzenthen, April) – an astonishingly beautiful story of a young man returning from the Vietnam War, with much to appeal to adult as well as teenage readers. 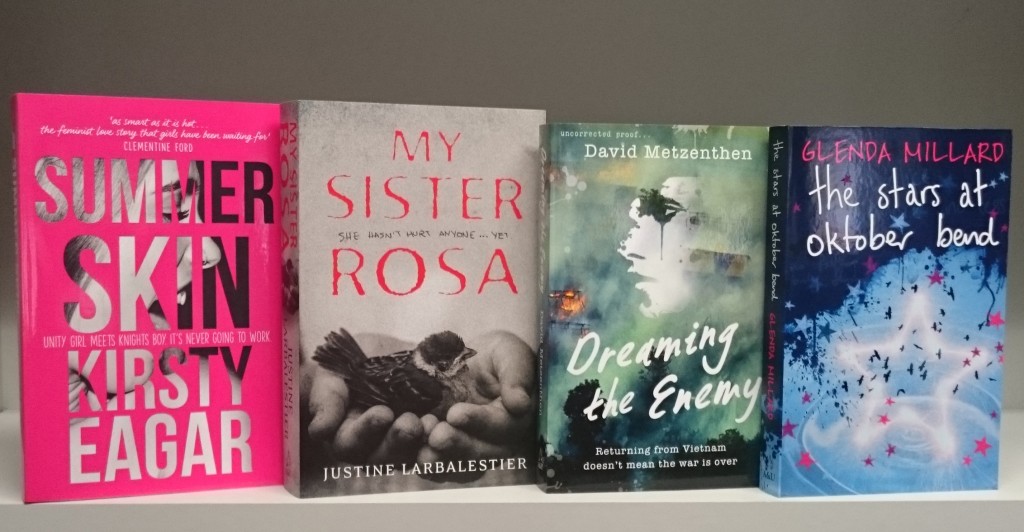 For younger readers, keep an eye out for Wicked’s Way by one of the creators of the hugely popular and enduring Tashi series (Anna Fienberg, March); and The Family with Two Front Doors – a slice of Jewish family life in pre-war Poland (Anna Ciddor, March).

Other brilliant picture books coming in 2016 include Bear Make Den by Jane Godwin and Michael Wagner, illustrated by Andrew Joyner (February) – in which a bear thinks he’s made the perfect den, until he realises something is missing [Ed: and you can see from the pages below why we’re fans here!]; 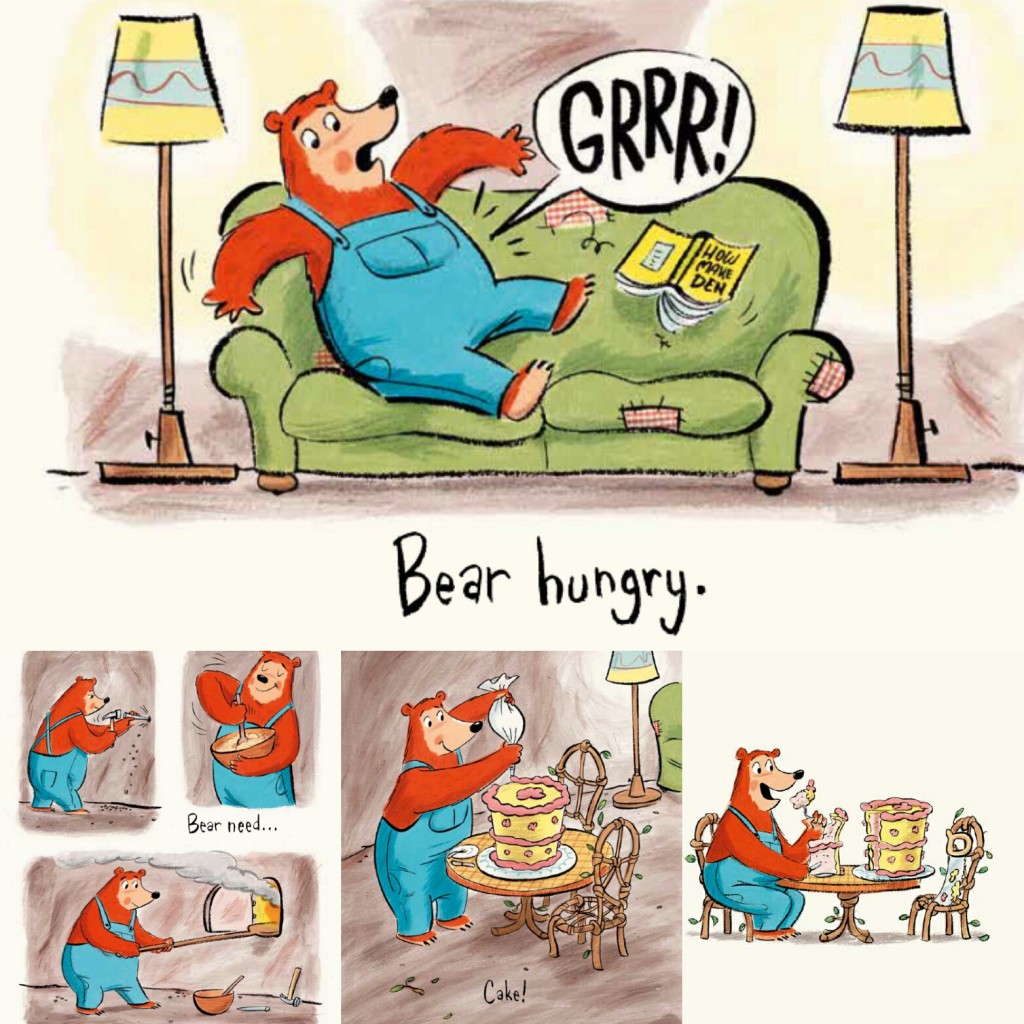 Me, Teddy by Chris McKimmie (March) – about a pet dog who runs rings around his owners; Milo by Tohby Riddle (April) – a gently humorous and somewhat philosophical tale of life and friendship, illustrated with great wit and charm; and My Dog Dash by Nicki Greenberg (May) – in which a pet dog may not be all it seems…

And that’s just the picks for the first half of the year, hurrah!