Alexandra Joel, one of many successful alumini of Patti Miller’s Writing True Stories courses, has just published her memoir Rosetta, and writes about how a Faber Writing Academy course helped shape her writing from a journalism background and break down the writing rules she’d known. 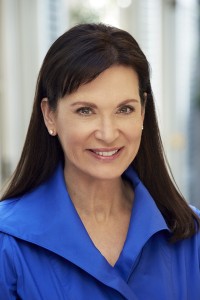 I wrote my first story, on a typewriter, for a regional newspaper that served a hot and dusty mining town located way out in the brick-red Queensland desert.

Ever since, I have been writing professionally, and even had a couple of non-fiction books published. But I couldn’t write the book I wanted to, a memoir about my great-grandmother Rosetta.

It seemed to me that the only way I could make sense of her extraordinary life was to insert myself into the narrative. I also knew that I would have to include my mother and grandmother in the story if I were to have any chance of explaining – to myself as much as any reader – the way that the effects of one calamitous decision, made more than a century ago, could cascade down the generations.

There was no doubt that I was anxious to start, but how? I’d never written about myself, let alone my family; it was a kind of rule of mine. Then there was the question of constructing a book-length narrative. I’d never done that before either, and wasn’t at all sure I knew how.

So I began looking at courses – lots of courses.

It was one of those ‘about to give up in despair’ moments when finally I clicked on a link on my computer, and then another, and eventually discovered Faber Writing Academy. They were offering True Stories: Writing Memoir and Narrative Non-Fiction taught by Patti Miller. It was exactly what I was looking for.

The response to my plans from family and friends was not universally positive. Reactions leaned heavily on the side of ‘Why would you do that? You’re already a writer.’

I can’t recall the name of the clever Faber contributor whose comments I found in another of the newsletters, but she provided the perfect explanation. She wrote that, for people like us, it was a bit like being a swimmer, only the thing you knew how to do was back-stroke as opposed to, say, playing water polo. The medium (in our case, words) was the same, but the technique and the rules diverged dramatically.

As it turned out, Patti Miller did much more than just teach rules – she instilled confidence, said ‘if you think you can make it work, break them.’ She taught our group the way to set a scene, how to respond with our senses, about mood and time and place, about capturing light and the seasons and the way a particular idiosyncrasy – like the creasing of a forehead or the jingling of change in a pocket – can bring a character to life.

She also told us to lock all those inner, critical voices ‘in the shed’ and, most important, when all else fails, ‘just keep writing.’

I did. In fact, you could say I was like a woman possessed. I would start straight after breakfast. Sometimes I was still in my pyjamas at lunch. I didn’t answer the telephone. Hesitant knocks on my door would be met with a ‘Please, not now’ or just a terse ‘Go away.’

The truth is, I had to. Because the changes in voice and time were so complex I needed long stretches of concentration in order to keep the lot from crashing down.

And then there was the puzzle of Rosetta herself: I felt compelled to learn the truth about what she’d done, or at least try to understand. A respectably married wife and the mother of a small daughter, she horrified Edwardian Melbourne when she ran away with a half-Chinese fortune teller called Zeno the Magnificent. The pair reinvented themselves, set off for London and took British and European society by storm. But she never saw her child – my grandmother – again.

Rosetta is a book now. And if I didn’t find all the answers I was looking for, I did discover that my great-grandmother was not, after all, my family’s only rule-breaker. Thanks to Patti, I learnt how to break a few rules of my own.

Alexandra is a former editor of Harper’s Bazaar and of Portfolio, Australia’s first magazine for working women and has also been a regular contributor of feature articles, interviews and reviews to national and metropolitan publications including The Australian and the Sydney Morning Herald Good Weekend Magazine. More recently, Alexandra has been a practising counsellor and psychotherapist.