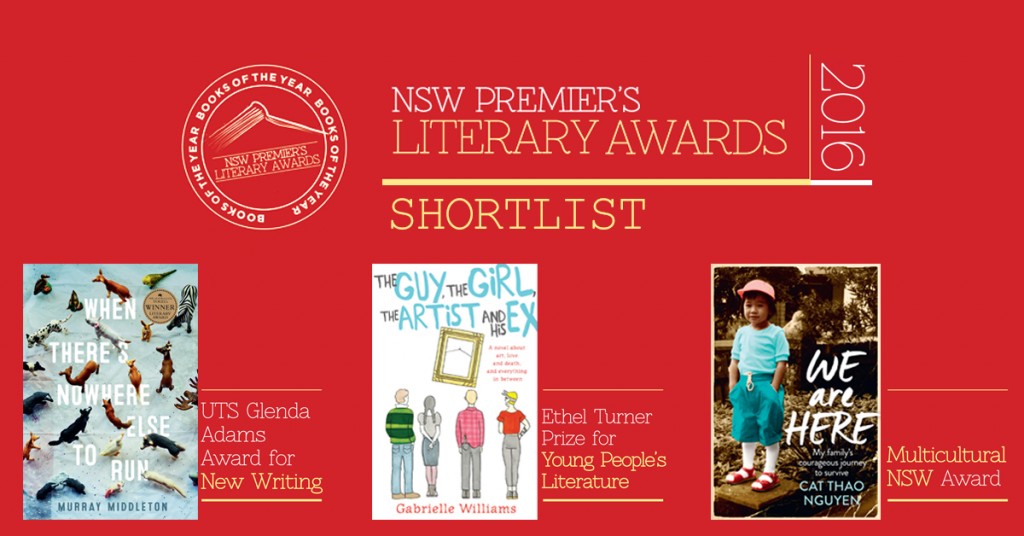 The State Library of NSW has announced the shortlisted titles for the NSW Premier’s Literary Awards, and we’re delighted to see three of our titles have made the cut!

The UTS Glenda Adams Award for New Writing: When There’s Nowhere Else to Run by Murray Middleton

When There’s Nowhere Else to Run is an impressive short story collection. Murray Middleton demonstrates a convincing grasp of narrative points of view, ranging from omniscient to interior and first-person narrations. This range of narrative perspectives does not disrupt the short story collection’s sense of coherence. While the stories are largely free of an overt authorial direction telling the reader what to think, feel or believe about character or situation, we are left in no doubt as to how things and people really are.

The Ethel Turner Prize for Young Adult Literature: The Guy, the Girl, the Artist and his Ex by Gabrielle Williams

Like a painting itself, this novel is winsome and delightful on the surface, with layers of complexity and heart beneath. It’s about the things you can lose when you turn your back for a moment, mistakes and how they grow, loss, grief, mental health and superstition. Often hilarious, sometimes heartbreaking, the narrative skates along in twists and turns, playing with reflections, duplicates and forgeries, always acknowledging the darkness on the flip side of the fun.

The Multicultural NSW Award: We Are Here by Cat Thao Nguyen

This is a fantastic prize, awarded to the writer of a book which is deemed by the judges to have both made a significant contribution to Australian literature in its portrayal of the interaction of Australia’s diverse cultures, and canvassed issues arising from the Australian immigration and migrant settlement experience. It’s easy to see from the judges’ comments why We Are Here has been selected:

Painting vivid pictures of Nguyen’s family and the sacrifices they make for their children’s futures, We Are Here transcends stereotypes about refugee narratives, and movingly depicts the internal and external struggles to find identity and connection. A deeply personal story, it reveals powerful insights into universal truths of the migration experience and does so with humour, intelligence and grace.

Thirty judges considered a record of more than 500 of entries across 10 prize categories, which includes for the first time a new prize for Indigenous writers. Winners will be announced on the eve of the Sydney Writers’ Festival on Monday 16 May, and you can see all the category shortlists and find out more about the Awards here

Ten novels have been shortlisted for the 2016 International DUBLIN Literary Award and we are thrilled to represent five of them!

At €100,000 (£80,000), the prize – formerly known as the Impac award – is the world’s most lucrative for a single novel in any language published in English and is open to novelists of any nationality. The books in consideration for this award are nominated by public libraries around the world.

“While many of the stories reflect contemporary themes, they bring us characters facing timeless challenges of love and loss, of innocence and isolation,” said Margaret Hayes, Dublin City librarian. 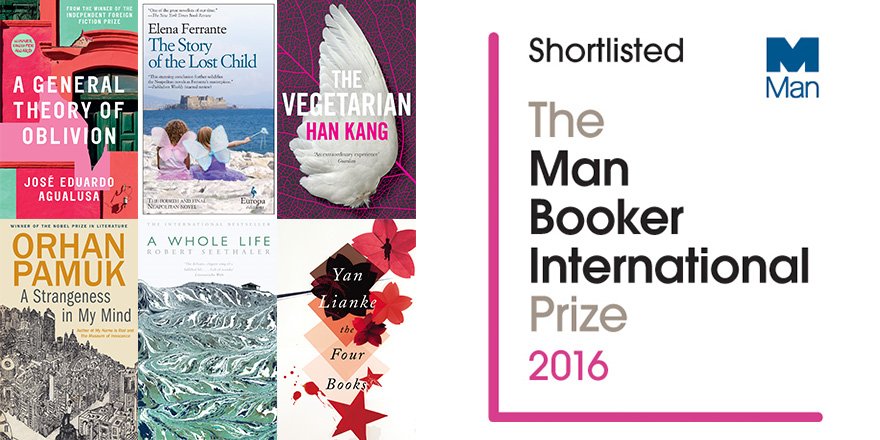 It’s fantastic to see Han Kang’s The Vegetarian shortlisted for The Man Booker International Prize, awarded to the best fiction in translation. Here’s what judges say of The Vegetarian:

The story of a Korean woman who awakens from uneasy dreams to find herself transformed into an enigma without a key. Evocative and suggestive, The Vegetarian startles for the depths of its strangeness.

It’s fantastic to see that designer Josh Durham has been shortlisted for In the Skin of a Monster in the Best Designed Young Adult Book category! Josh comments in his design rationale that

This YA book is a fantastical dystopian coming-of-age story. The protagonist lives in the shadow of a murderous sibling. I wanted to capture a sense of hidden identity and desperation with an image that had a in-your-face physicality and a subtle fantasy element, but also maximum shelf presence. I created the artwork in Photoshop out of bits and pieces of budget stock photography and knitted in a landscape and sense of place. I hand drew the typography with a dramatic scrawl to match the drama of the cover artwork.

Meanwhile our Murdoch Books author Ebony Bizys and designer Madeleine Kane have been shortlisted with Hello Tokyo for the ‘Best Designed Fully Illustrated Book Under $50’ prize. Learn more on The ABDA website. 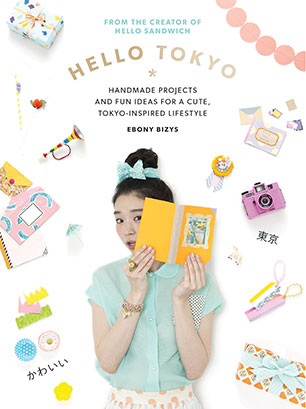 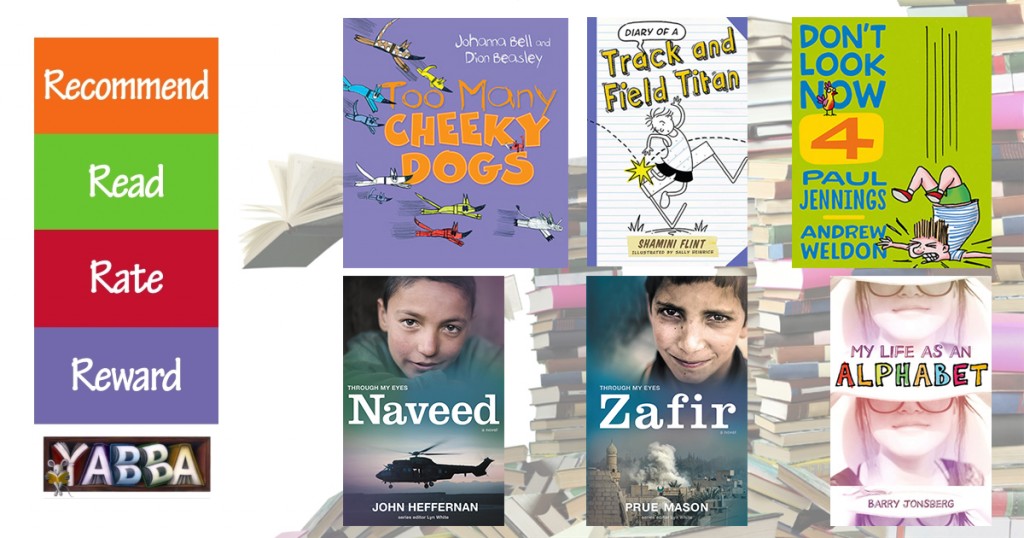 We’re delighted to have six titles shortlisted across the 2016 Reading & Enjoying Australian Literature (REAL) Awards, which act as shortlists for children’s choice book awards in the ACT (COOL Awards), New South Wales (KOALAs), Northern Territory (KROC Awards) and Victoria (YABBAs). These are voted for by the children themselves, which makes them particularly special to the authors.

The nine books on the longlist for the 2016 Miles Franklin Literary Award have been announced and we’re proud to represent three of the books on the list – congratulations to Charlotte Wood (The Natural Way of Things), Myfanwy Jones (Leap), and Mireille Juchau (The World Without Us)!

The Miles Franklin Literary Award is one of Australia’s most prestigious literature prizes. Established through the will of My Brilliant Career author, Miles Franklin, the prize is awarded each year to a novel which is of the highest literary merit and presents Australian life in any of its phases. Last year Sofie Laguna with The Eye of the Sheep picked up the prize, and her publisher Jane Palfreyman is well represented again this year – both Charlotte and Myfanwy are her authors!

“These powerful stories, underpinned by distinct physical environments and each with a unique register and tone, range from the colonial past into the near-future,” judge and State Library of NSW librarian Richard Neville says. “All possess a quality of writing that indicates Australian literature is strong and thriving.” 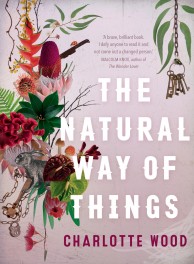 On the Kibble Award longlist it’s wonderful to see yet more acclaim for Charlotte Wood and The Natural Way of Things. These awards recognise the works of women writers who have published fiction or non-fiction classified as ‘life writing’. This includes novels, autobiographies, biographies, literature and any writing with a strong personal element.

The strength of this year’s entries for the Kibble Awards for Australian women’s life writing meant that judges had to expand the longlist from six to seven titles. Whether writing memoirs, novels, stories or essays, the longlisted authors present powerful and moving insights into life in Australia in both the past and present