Today we hosted our annual bake-off, and in time-honoured fashion our Onions came to the office laden with baked goods and laid them out in front of unsuspecting judges, as Anneka Manning and Holly Throsby faced the challenge of eating and rating the splendid fare. 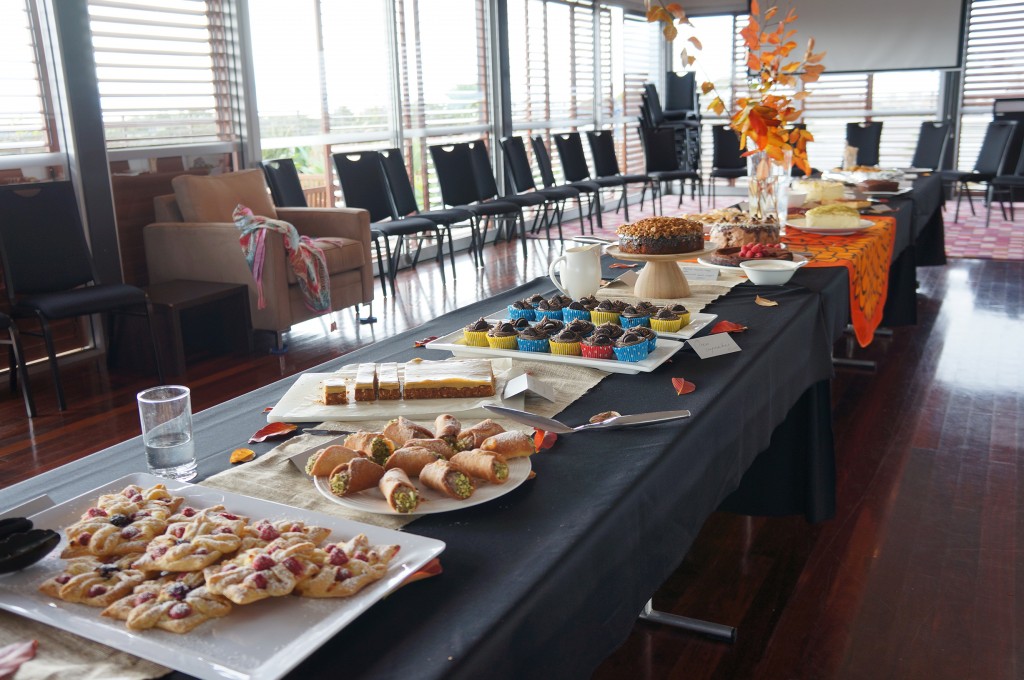 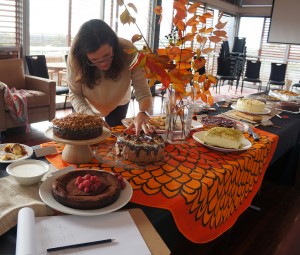 Like those before them, our judges were more than up for the challenge. Our Murdoch Books author Anneka Manning most recently published BakeClass, an essential baking book that progressively builds the home cook’s skills and confidence, while she also runs baking workshops in Sydney – so it’s fair to say she knows her baked goods! 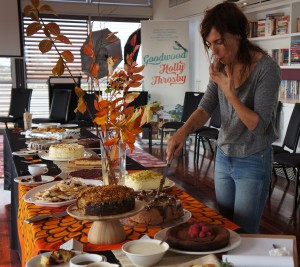 Anneka was joined by Holly Throsby, and while best known as a musician, Holly publishes her debut novel Goodwood with us in October. Not only is Goodwood a gorgeously written, whimsical and entertaining novel with a dark mystery at its core – it is full of wonderful descriptions of food, baking and eating which are central to the lives of her characters in a small community. So it was pretty clear to us that Holly would provide a perfect partner to Anneka in this tough challenge. 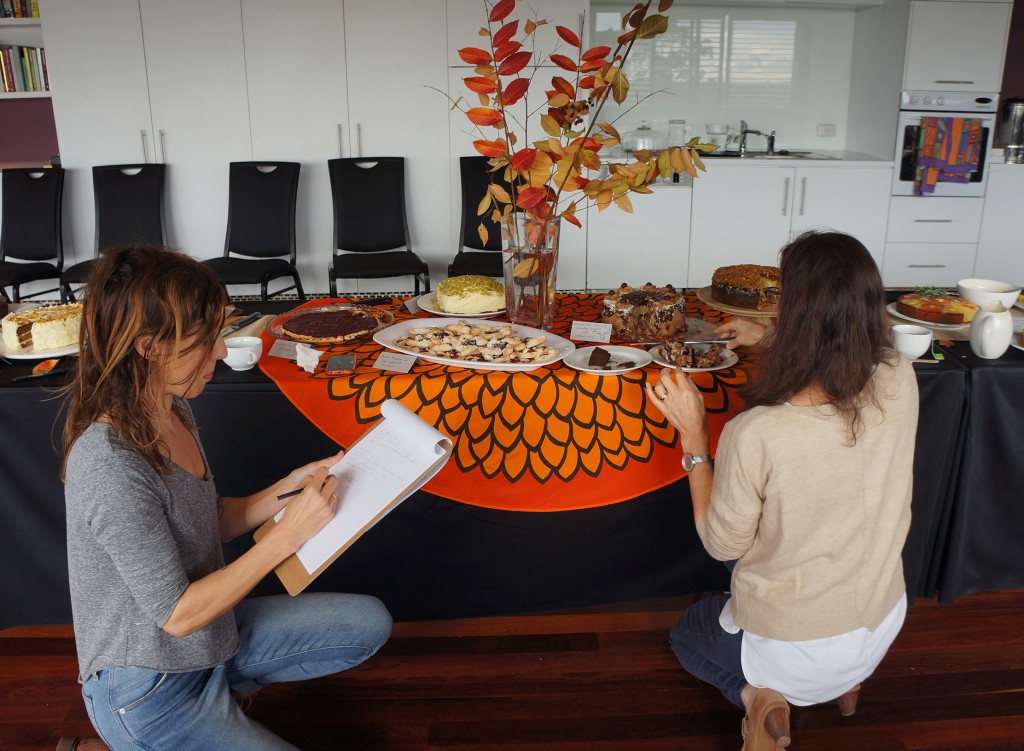 We expanded our classifications again this year, with Cakes, Bakes and Savoury categories and there was a wealth of entries across each, leading to some tricky deliberation between the judges as they spent a full two hours tackling the incredible spread, which you can feast your eyes on below. 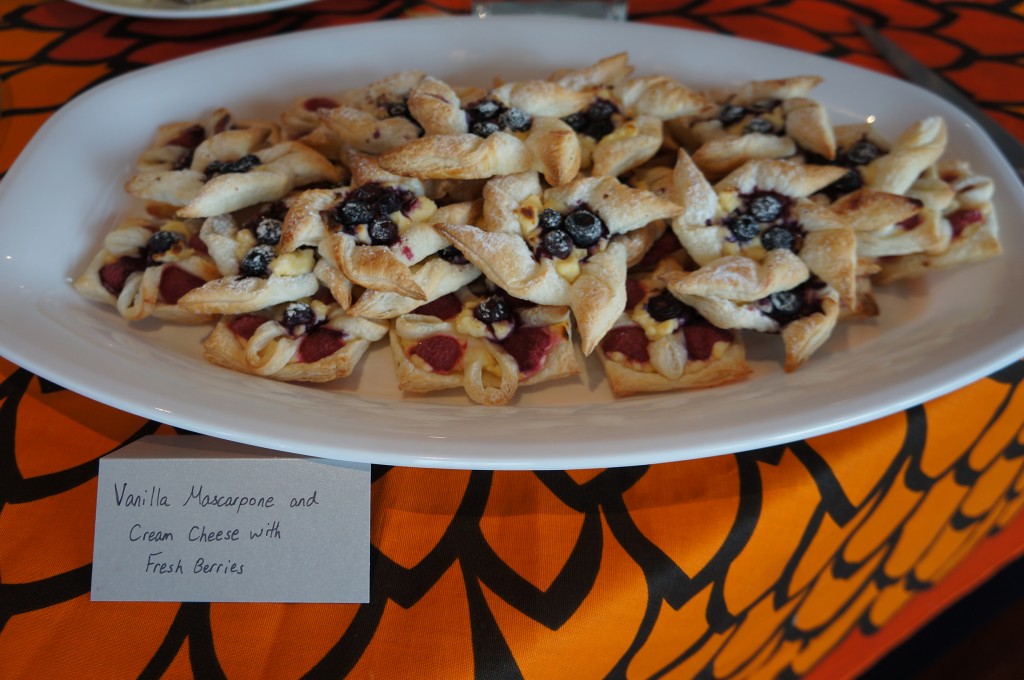 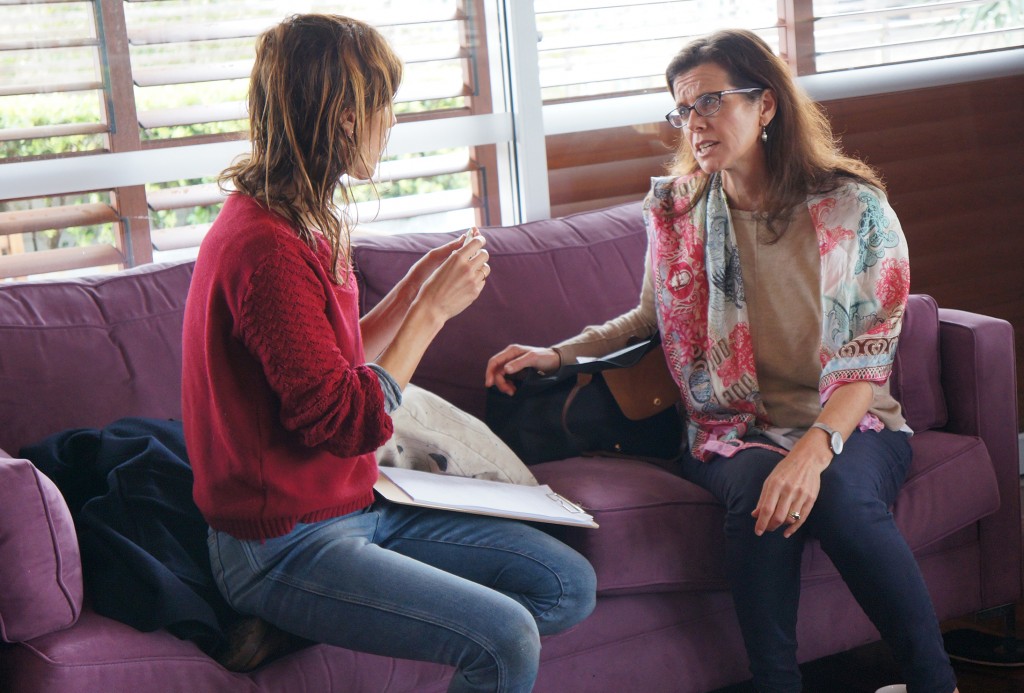 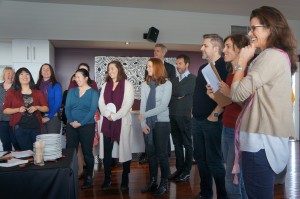 After much discussion our judges reached their conclusions, and announced our 2016 Bake Off winners. And there were cries of a fix, as Anneka announced a Murdoch Books clean sweep of the prizes – Christine’s empenadas taking out the savoury category, Byron’s canoli taking the baked category, and Matt winning the cakes & overall prizes with his Drømmekage (Danish Dream Cake)!

And the winner is… This Danish Dream Cake made by @murdochbooks Marketing and Sales Director, @matt_hoy took out not only the cake section but was also the overall winner of the @allenandunwin / @murdochbooks annual bake off. A light butter cake, studded with blackberries and topped with caramel oats – a modern twist on a Nordic classic and SO delicious! #murdochbooks #allenandunwin #bakeoff #baking #danish #cake #winner #monday #lovemyjob

As a judge in today's @AllenAndUnwin @murdochbooks Bake Off, I declare this to be the most adorable cake sign. pic.twitter.com/a4sPPBbT0R