In the first of a series on writing about dementia and Alzheimer’s, Dianne Touchell discusses turning to fiction, and in particular writing about the impact of Alzheimer’s on a family and children in her new novel Forgetting Foster. In part two, you can read about how Michelle Wyatt turned to humour in writing her memoir Not Right In The Head, about her family dealing with both her mother and grandmother suffering form Alzheimer’s. 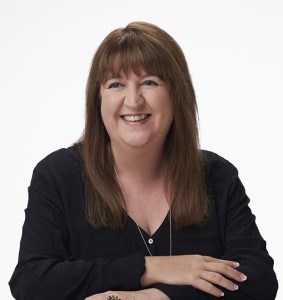 I have had two close encounters with dementia. The first was my grandmother who first showed symptoms of Alzheimer’s Disease in her 50’s (according to my own mother), although she was not diagnosed until much later. Those early symptoms were mistaken for depression, self-isolation, loneliness and eccentricity. Contributing to the late diagnosis was absolute denial by those around her that anything was actually wrong.

The second encounter involved my mother who died in March 2015. During the last few months of her chronic heart condition she suffered a strange form of dementia, the origin of which was never discovered. It was not Alzheimer’s but shared many of the symptoms – ultimately no answers were given and we were left to nurse her in this terrible state. Each incident in Forgetting Foster is based on real events that occurred during the nursing of both my mother and grandmother.

I wrote the first line of this book at the Kimberley Writer’s Festival in 2013. It was:

He could no longer remember the first thing his father forgot. 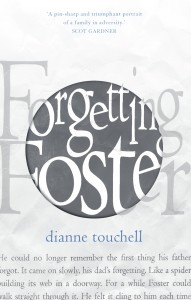 Knowing how difficult it is for carers of people with dementia I began to wonder about the impact on younger children, but still wanted to write for Young Adults. My interest lies in what it is that creates and sustains a relationship. If love is borne of mutual vulnerability and shared experience, if a relationship is based on knowing someone else through common memories and mutual histories, what happens when one of those in the relationship starts to lose their history? And their personality?

Dementia changes everything at its very core. How is love sustained when the person you love becomes unrecognisable? Even if it is only for instances at a time. And in the midst of sudden and often cruel changes, what happens to children on the periphery of carer burnout?

There aren’t many YA books out there about this, and those that do exist seem to have themes of “How To Cope”. Forgetting Foster is a more compassionate observation (I hope) which exposes the heartbreak and collateral damage to a family after the father is diagnosed with Alzheimer’s disease.

Read an extract and reviews of Forgetting Foster

Brutally honest and unflinching in its examination of the effects of Alzheimer’s disease on an entire family, Forgetting Foster is a beautiful, heart-wrenching book that will stay with you. Seven-year-old Foster is the first to notice when things start changing for his dad, and his childish honesty makes him the perfect observer of his father’s illness. Foster’s narration highlights the grief and loss, but also the moments of happiness and humour that can creep into the darkest of situations.

Foster brings a necessary lightness to the story, and Dianne Touchell’s use of his voice is masterful. All the characters in this book are almost tangible. From Foster’s mother forgetting to check in with him to Foster telling his school friends that his father is crazy, every character in this book is so believably human and flawed. There are certainly no heroes here, and it makes for powerful reading. Touchell has a habit of writing books that don’t go easy on the reader but are absolutely worth the pain, and Forgetting Foster is no exception. Highly recommended to fans of Wonder and The Boy in the Striped Pyjamas, this is a book guaranteed to get people talking.
Meg Whelan – Hill of Content bookshop, 5 star review in Books + Publishing

This book is an incredibly poignant perspective on disease and how it affects a family. Told from Foster’s point of view, Touchell touches on the often confusing aspects of illness for all members of a family. She also highlights how much children observe and understand, emphasising the need to keep them informed.

Although it is beautifully written fiction, Forgetting Foster is so much more – it teaches understanding and empathy for families going through incredibly tough times. By telling the story through the eyes of a child, Dianne Touchell has enabled her readers to connect with a very complex situation. It’s a short book, but unbelievably sweet.
Emily the Book Addict – 5 star review

Written from a seven year old boy’s point of view, this story was wonderfully done, showing how children’s perceptions can be confused and misinterpreted using the small amount of knowledge they have about the world around them.

Forgetting Foster is a sad story – because it’s not just a story. This is people’s everyday lives – slowly watching and knowing they are losing someone they love, and dealing with their frustration, anger, and fear as Alzheimer’s disease progresses.