You’ve already read our staff raves about The Last Painting of Sara de Vos, with the booksellers and critics similarly smitten, and now with Dominic Smith coming to Australia you can hear him discuss his fascinating novel in apt settings like The Art Gallery of NSW (where some of the book is set), as well as The National Gallery of Australia and the Queensland Art Gallery – check out the full tour dates here. 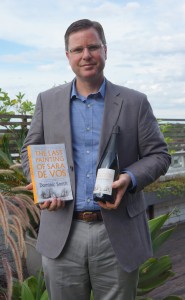 On a whistlestop tour of the East coast, you’ll find Dominic at the following events:

You can expect a fascinating discussion to range from the Dutch Golden Age to his research of forgery, his depiction of life in Sydney, Holland and New York, and so much more. Both in Sydney and Byron Bay he’ll be in conversation with Art Gallery of NSW’s director Michael Brand, so look forward to debate about how the gallery and some of their staff are depicted in the novel!

For those who can’t make it to these events, here’s Dominic discussing the book, his inspiration and research into the Dutch Golden Age, forgery and more in this series of videos:

The Book Club on ABC TV had a spirited discussion of The Last Painting of Sara de Vos too, which makes for fascinating watching:

Here’s some more rave reviews to add to the earlier ones from critics (and our staff):

This novel has been likened to Tracy Chevalier’s Girl With a Pearl Earring (1999) and Donna Tartt’s The Goldfinch (2013), but those are superficial comparisons based on similarities of subject matter. Smith’s novel is more stylistically original and more psychologically complex than either, and it entertains more abstract themes.

This beautiful novel is a gift. Even the most minor walk-on characters are brought to life in a few strokes; the three main characters are all vivid and intriguing, and Marty de Groot in particular is a masterpiece of characterisation. The sense of place is intensely felt and evoked; the writing is clear and precise, never lapsing into carelessness or cliché. Sophisticated yet
deeply felt, somehow both hefty and delicate, this book is a seductive, rewarding read.
– Kerryn Goldsworthy, Australian Book Review

It’s a checklist of literary whoopee: the art world, jazz clubs, a Mad Men-style Manhattan couple of the 1950s, a woman painter in the 1630s, behind the scenes of the Art Gallery of NSW, a long-kept secret from someone’s youth.

The plot is so rich that the description of it could sound too dense, but Smith weaves his tale with a light touch. He is a great writer, particularly adept at the atmospheric details and the book is reminiscent of Donna Tartt’s The Goldfinch in its familiarity with the art world. But Smith gets down and dirty with the tools of the trade, and the descriptions of Ellie’s forging work in her grimy Brooklyn apartment are dazzling.
– Louise Swinn, Sydney Morning Herald

The Last Painting of Sara de Vos is an elegant yet gripping historical drama about the nature of art and loss and love set in 17th-century Holland, 1950s New York and 21st-century Sydney, which is already receiving rave reviews here and overseas.

Smith balances his narrative’s many interlocking elements with great skill, giving the novel a fluidity and ease that belies its structural complexity. But its considerable emotional impact depends less on the deftness of Smith’s control of his narrative than on the spareness and tact of his writing, especially in the sections involving Sara, which are granted a wonderfully (and appropriately) painterly quality by their almost devotional sense of stillness and hushed intensity.
– James Bradley, The Australian

Novels about painters and paintings have been in vogue recently. Prominent contemporary offerings include Tracy Chevalier’s Girl with a Pearl Earring and Donna Tart’s epic The Goldfinch. If Australian author Dominic Smith’s wonderful fourth novel The Last Painting of Sara de Vos follows suit, what it adds to the literary communion with oils is a fresh, feminist portrait of the artist and a nuanced evocation of those who forge works of art.

Rather than a grandiose meditation on being creative, the many strands of story and character Smith weaves add up to a subtle, sophisticated tale about what it means to be human.
– NZ Herald

Any buzz you may have heard about this book is entirely justified. It is, hands down the most polished, intelligent, utterly satisfying literary fiction of the year. It has everything: a compelling plot full of twists and turns, characters who remain intriguing to the very end, multiple locations and a narrative split between different periods, each richly observed in the minutest telling detail.

The themes, scope and ambition of this novel are big: this is a book about art that examines authenticity from many different perspectives and angles. Both on the canvas and in human nature. But while the topic is serious, the tone is often playful and there is much mischief and fun to be had. Intelligent and elegantly choreographed, this is one of those novels that makes you feel smarter for reading it and manages to be both entertaining and informative. I cannot recommend it highly enough.
– Caroline Baum, Booktopia 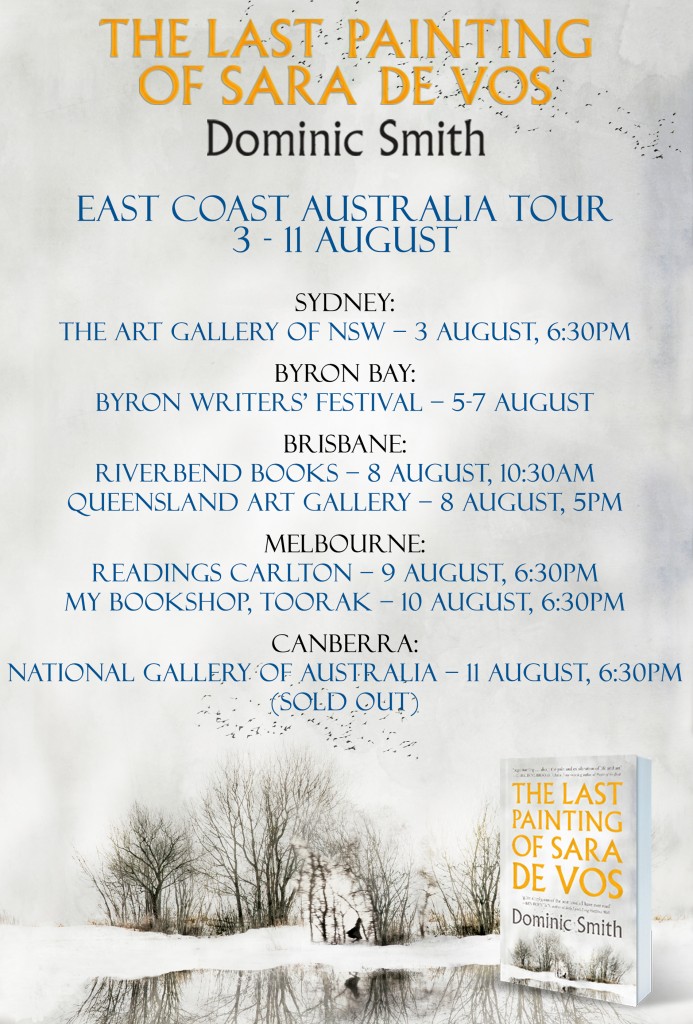