Continuing our blog posts on book cover design & redesigning a series, we explain the thrills of introducing our newly found illustrator and cover ideas, and seeing them come to life in our first set of rough cover designs.

Contrary to the popular imagination, editing can be a job full of thrills, spills and excitement. And on the excitement scale, not much beats the thrill of seeing an illustrator’s roughs for the first time. How have they imagined your favourite characters? How will they bring the scene to life? What is it all going to loooook like? When they’re roughs from an illustrator you haven’t worked with before, it’s both hugely exciting and a leeetle bit nerve-wracking.

We briefed Arden Beckwith to give us a strong sense of energy and action, a lighter tone and slightly younger feel than the existing cover design, and more than one character on each cover.

So, holding our breaths, we double-clicked on the attachments of Arden’s email, and…

‘Is someone murdering an editor?’

‘No no, that’s just screams of delight.’ 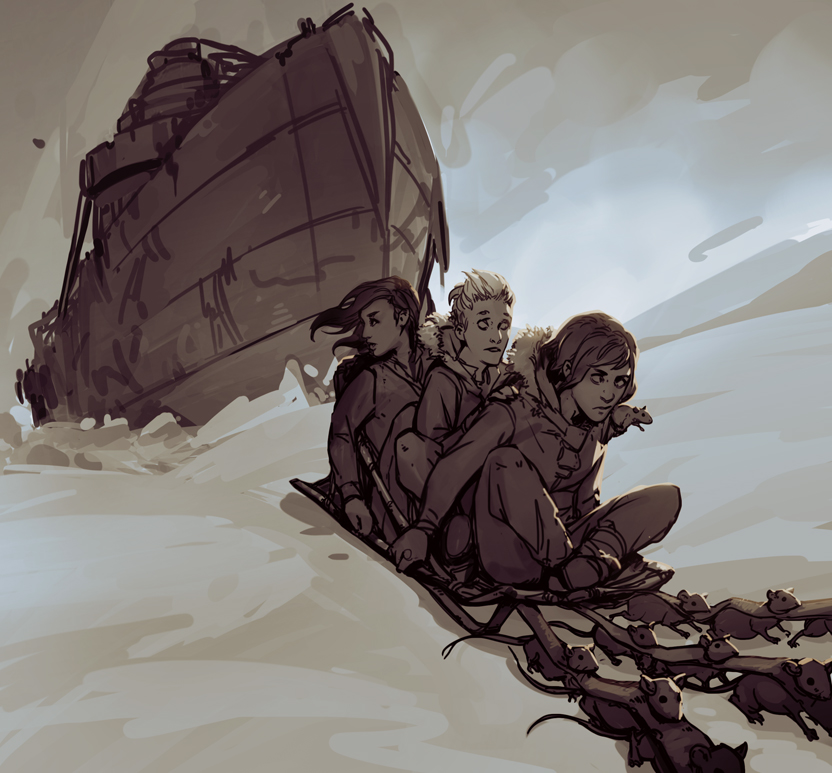 Look at the determined look on our heroine’s face! Look at the interesting perspective that creates such drama and sets the scene perfectly! Look at those leeetle rats!

Next thing was to send the rough to our designer Josh Durham to see what kind of magic he might work on the series cover design.

As you may remember from Episode 2, we had decided on a keyhole-style cover to echo Lian Tanner’s Keepers series, with a big sense of movement and adventure. We also decided to emphasise the series title over the book title.

Josh, because he knows his onions, showed us a few options, including some that we may not have known we wanted. They still need further development, but it’s SO wonderful to see them start to take real shape.

We have a clear favourite among them – but what about you? Let us know in the comments…

Next up, we reveal the FINAL covers!