For Comic Book Day, our Erica takes us through their appeal and wonder, and picks out five of our recent (and forthcoming) favourites which will delight readers of all ages. Comics are becoming increasingly popular in classrooms too, as a means of engaging with different types of readers, and can be used to discuss difficult subjects where it can sometimes be a struggle to express feelings with words (like Small Things).

Comics create word pictures, literally. They can tell big stories in original and exciting ways, playing with narrative structure in ways that are impossible in prose, including concurrent, intricate storylines, shifts in time, place and mood and managing multiple voices. Comics can and do tackle big issues and are often autobiographical and political, like Joe Sacco’s Palestine, David B’s Epileptic, Dash Shaw’s Bottomless Bellybutton and Mandy Ord’s Sensitive Creatures.

To really appreciate the beauty of graphic novels you have to let yourself go, and allow words and images to fuse, as your eye dances over the page and takes in both together – even the gaps in the panels can supply sound effects, drama and movement. If you want to find out how they do it seek out the seminal Will Eisner’s Comics and Sequential Art and Scott McCloud’s Understanding Comics, the Invisible Art (a comic book about comics).

Five of our faves:

The Anders series by Gregory Mackay

An award winning series which scooped a Silver Ledger award for Anders and the Comet, Anders and the Volcano continues Gregory Mackay’s fun filled adventures of Anders and his friends. 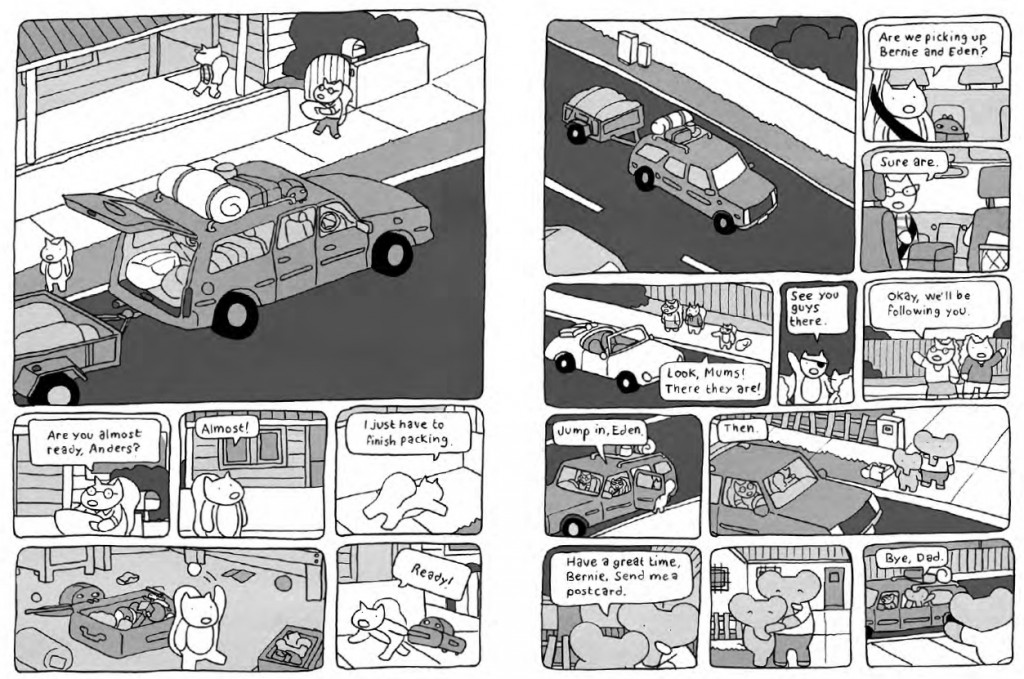 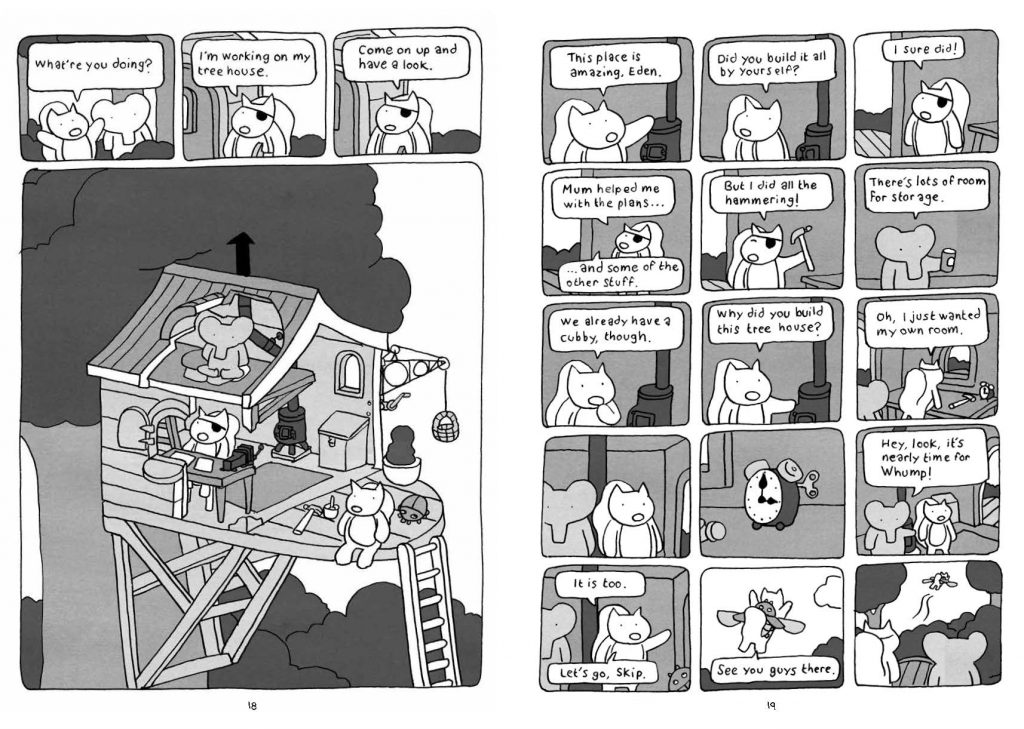 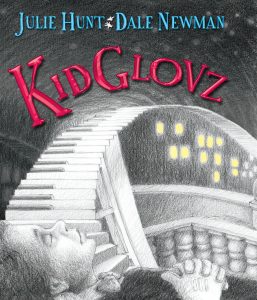 This is a rich and satisfying read: a mystery, a journey, an adventure with real danger and otherworldliness, a gripping tug-of-war between the forces of good and evil

KidGlovz is a musical genius. His gift is so precious that he’s kept under lock and key. But when a young thief helps him escape, Kid must embark on a perilous journey through which he will discover the terrifying nature of his talent. A spellbinding graphic fable about friendship and freedom.

You can read the story behind KidGlovz on Julie Hunt’s website.

Julie Hunt has crafted another vivid fantasy adventure, this time in the form of a graphic novel. It’s a magical fable and Dale Newman’s soft yet dark pencil drawings give Kidglovz a similar aesthetic to The Invention of Hugo Cabret. This book looks great and is a fantastic read for children aged 9 and up.
– Readings 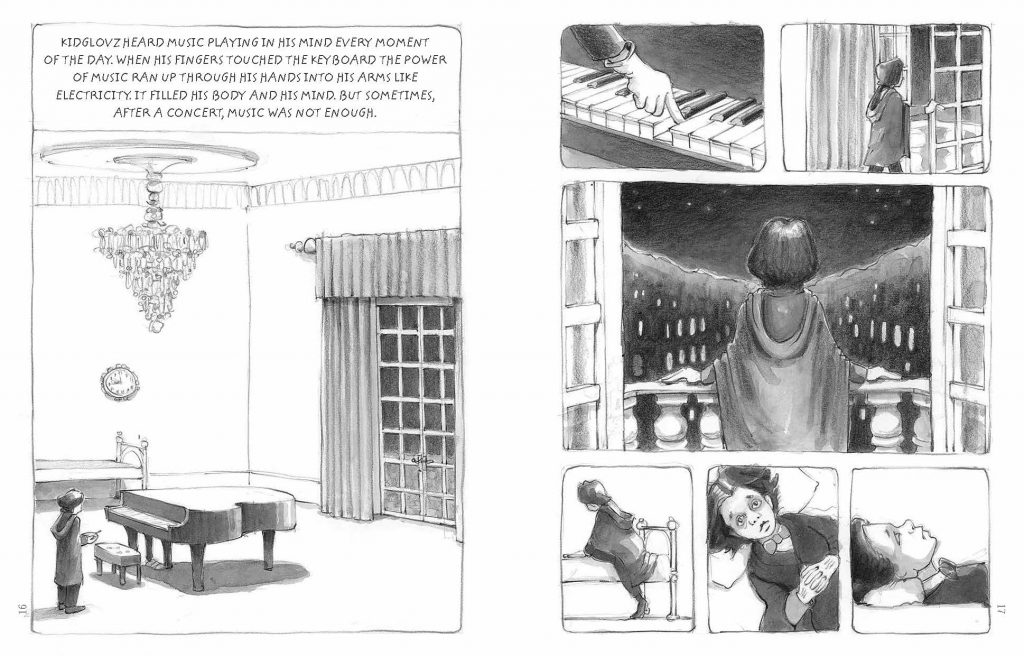 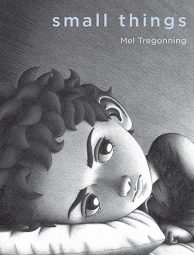 A wonderful wordless graphic novel which has a very special place in our hearts here, this extraordinary book Small Things tells the story of a boy who feels alone with his worries, but who learns that help is always close by. It’s a universal story, told simply and with breathtaking beauty, about dealing with sadness, anxiety, depression, heartache or loss, and finding your way in the world.

The best art gives a voice to the voiceless parts of our lives, and Small Things does so with heartfelt precision.
– Shaun Tan

Learn more about the story behind Small Things in this blog post from Mel Tregonning’s sister, Violet. 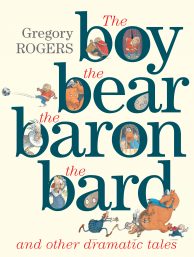 The Boy, The Bear, The Baron, The Bard and Other Dramatic Tales by Gregory Rogers

An award-winning wordless classic from a master of visual storytelling, which explores what happens when a boy bursts through the curtain of a deserted theatre and onto the world’s most famous stage?

The story itself is a rollicking chase…Most children will need some adult guidance to understand everything that’s going on, but the good-humored action and touching friendships need no explanation. One-of-a-kind fun.
– Kirkus starred review 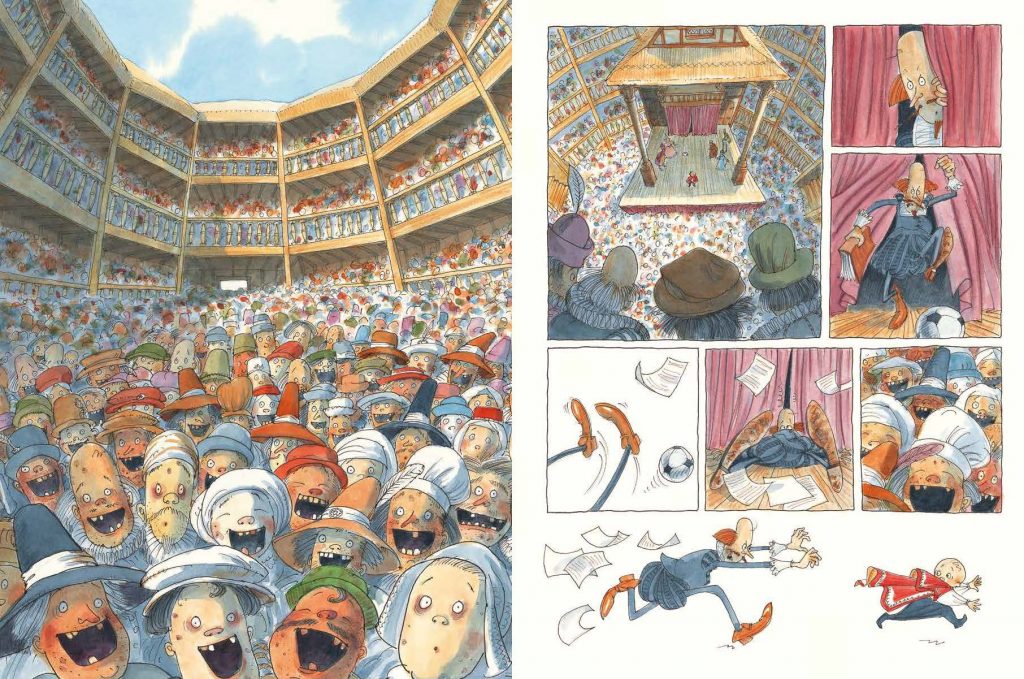 Ok, cheating slightly as this one is published in 2017, but we can’t not include it! This is a stunning graphic depiction of diverse myths and legends from around the world, from Iceland to Poland to Japan, retold in easy-to-read glorious full-colour comic book form by a stunning Australian artist.

A cobbler girl tricks the Wawel Dragon, after all the king’s knights fail…
The Polar Bear King loses his skin…
Momotaro, born from a peach, defies the ogres everyone else is too scared to face…
Snow White and Rose Red make friends with a bear… 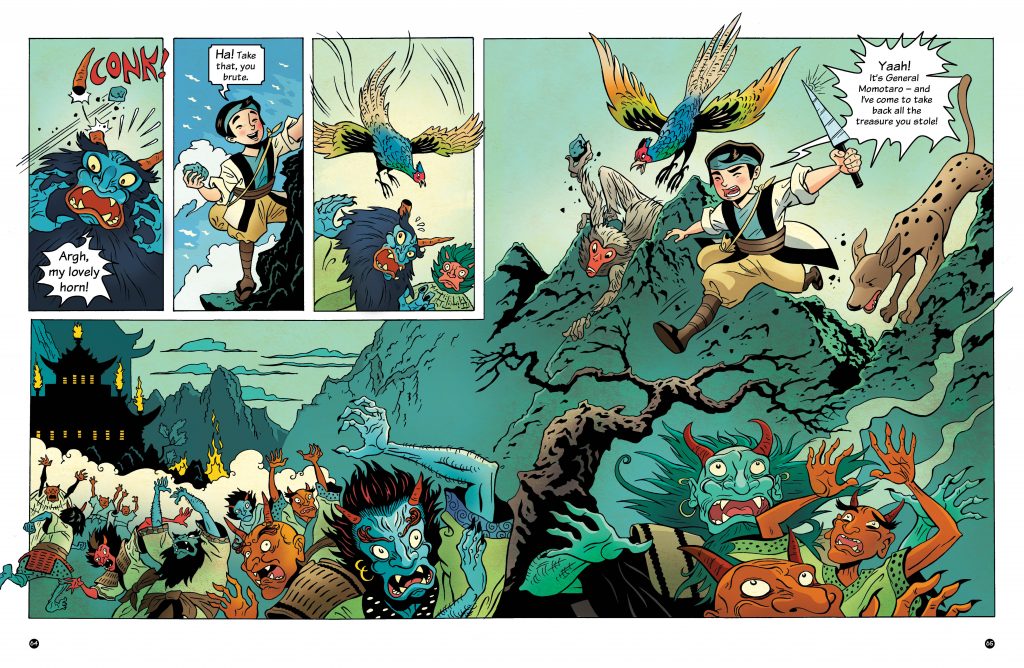