Recently published debut author Shelly Unwin (no relation!) discusses the need to “own” your belief in being a writer, and how she came to write her picture book series.

When I had the epiphany whilst reading to my three-year old daughter that I wanted to write children’s books, it came coupled with the realisation that people may think me slightly nuts. What did I know about children’s books? What did I know about writing? The truthful answer was no more than anyone else. I had trained as a teacher so I’d at least read some children’s books as an adult before having children. I’d read multiple books to my children every single night of their little lives. But I wasn’t an English Lit grad, I didn’t have a box full of stories I had penned all through my formative years. I just had a feeling. 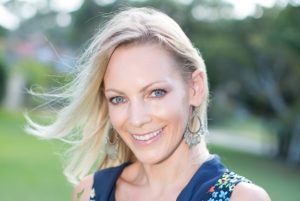 So I was a little reticent to tell people what I was up to. The problem was, as soon as I started writing I became really excited, and, I’m an open book. So before long I was telling everyone that would listen that I was writing children’s books in the hope that one day I might get them published. I was quite astonished in the belief people showed in my endeavour. But now it was out in the open I had to own it.

In order to own it I did two things. I became disciplined. I ran my creative-self like a business, working set hours and setting myself goals and deadlines. Secondly, I educated myself. I enrolled in several courses including Faber Writing Academy to ensure I had a strong grasp of the foundation of writing for children. And then things began to happen.

It is a long road to publication and, at times, it felt all up hill, but it seemed that each time the summit felt beyond reach something would reveal itself that would give me the determination to carry on – feedback from a tutor, a piece being selected for local radio, or an encouraging note from an editor. And so carry on I did.

Until one night, having already fallen asleep, I sat bolt upright with an idea. My whole body knew this idea was ‘the one’ – I had adrenaline pumping through my core.

And so began the journey of my first series of books, You’re One! You’re Two! You’re Three! You’re Four! and You’re Five!, which have hit the shelves in June this year through Allen & Unwin. Soon to be followed by two other picture books in early 2018.

And now my children own it. They are so proud of their mummy for being a children’s author, it inspires them to be creative, and it feels truly wonderful to think that I will leave a small legacy for them and for their children, and maybe, if they treat them with enough care, their children’s children.

Shelly Unwin grew up in England surrounded by animals and a feisty palomino pony. She was the middle child of three, but also had eleven foster siblings (not all at the same time!) Shelly studied Teaching and Biology at university and moved to Australia in 2002. As well as You’re One! You’re Two! You’re Three! You’re Four! and You’re Five!, she has two more picture books coming out in 2018, marking the cusp of a very exciting career. Shelly is an alumna of Faber Writing Academy, is actively involved with several schools as the ‘author in residence’ for their writing programs and has spoken at several writers’ events in Sydney. Learn more about Shelly on her website.