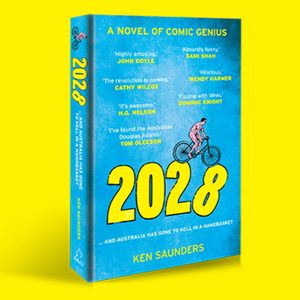 Does the current state of Australian politics drive you to utter despair? Join the club. But thankfully, we have the antidote!

With the utter stupefying shambles that is Australian politics, it seems like things can’t get much worse, right? At Allen & Unwin HQ, we were all in need of some light relief from the vagaries of #AusPol and Ken Saunder’s debut novel 2028: And Australia’s gone to hell in a handbasket couldn’t have summed the mood up better.

A work of comic genius, this much-needed salve takes the mickey out of anything and everything to do with Australian politics, enjoy a small selection of staff love for 2028 below, and have a read from the first couple of chapters for a taste of this devilishly fun political satire. 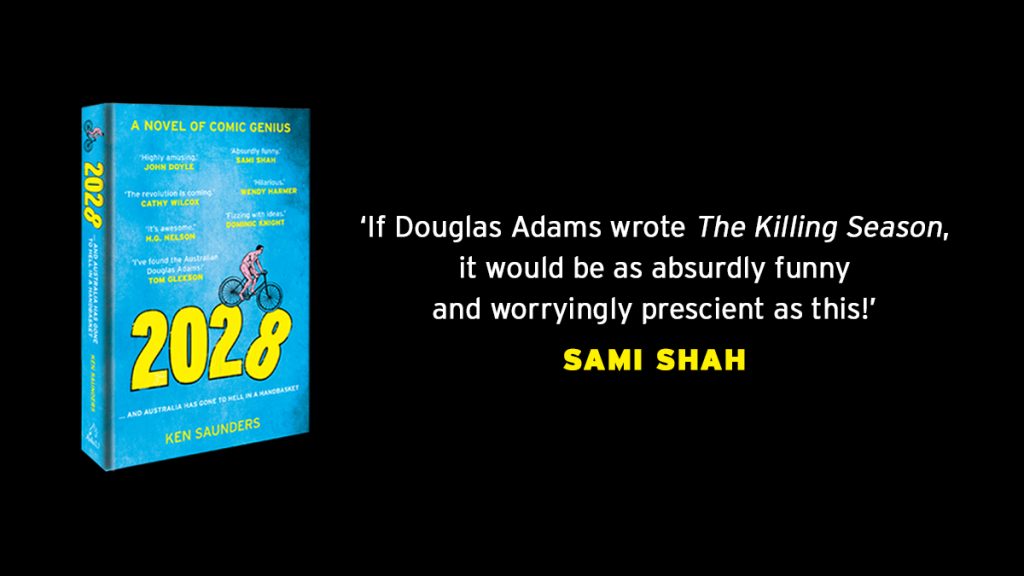 I’ve been telling anyone who’ll listen that this novel is on the way and to look out for it! It’s whipsmart, sardonic, clever and utterly Aussie. Part warning, part hopeful optimism. I keep seeing signs that Saunders’ predictions for the future are about to come true.
–  Aziza, Editor 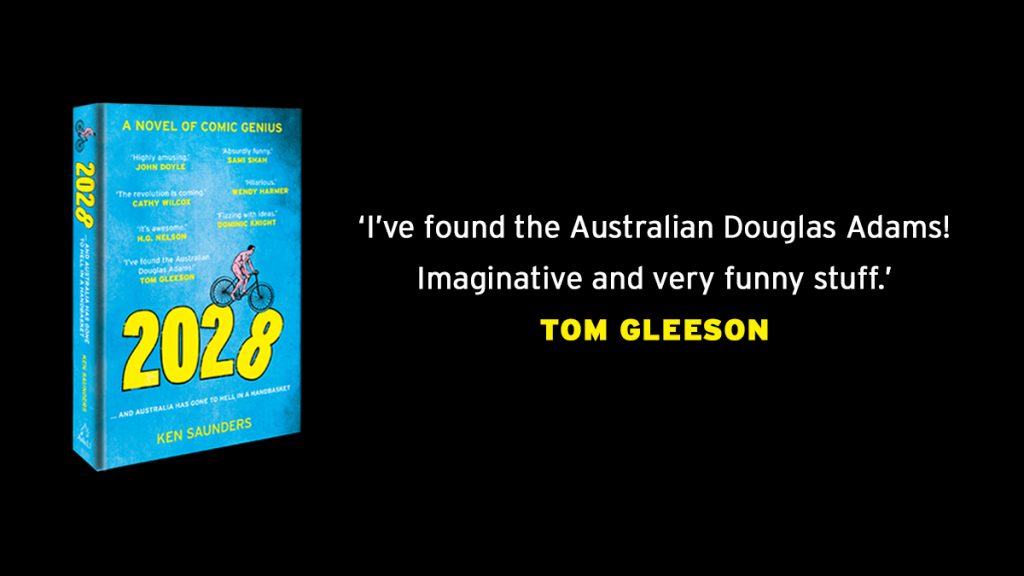 This is the smartest, most hilarious and hopeful book I’ve read in years.
– Tiff, Marketing Manager 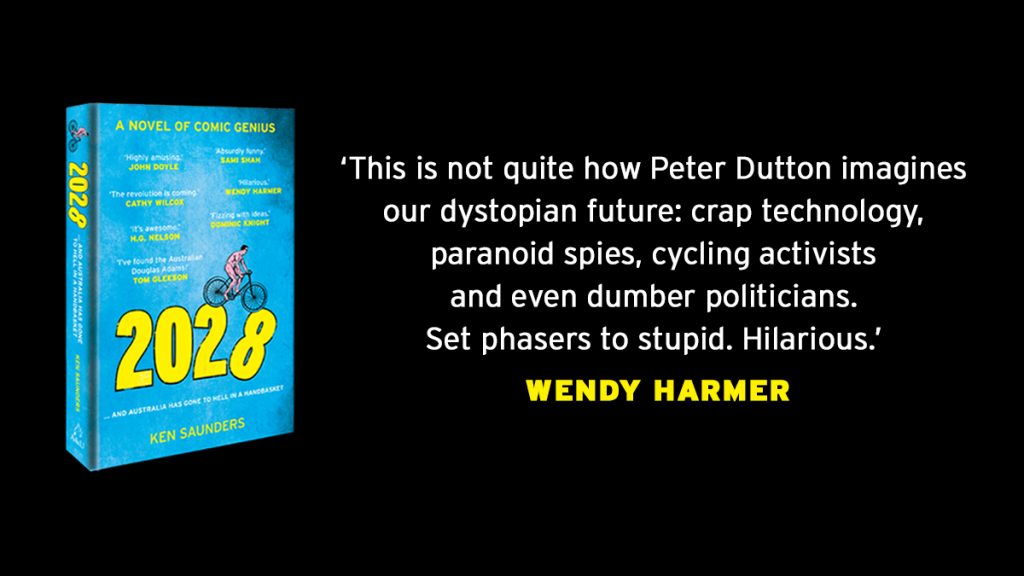 If you’re a fan of Clarke & Dawe, Veep, The Thick of It, Yes Minister and political satire in general, then 2028 is a book for you.
– Matt, Sales Director 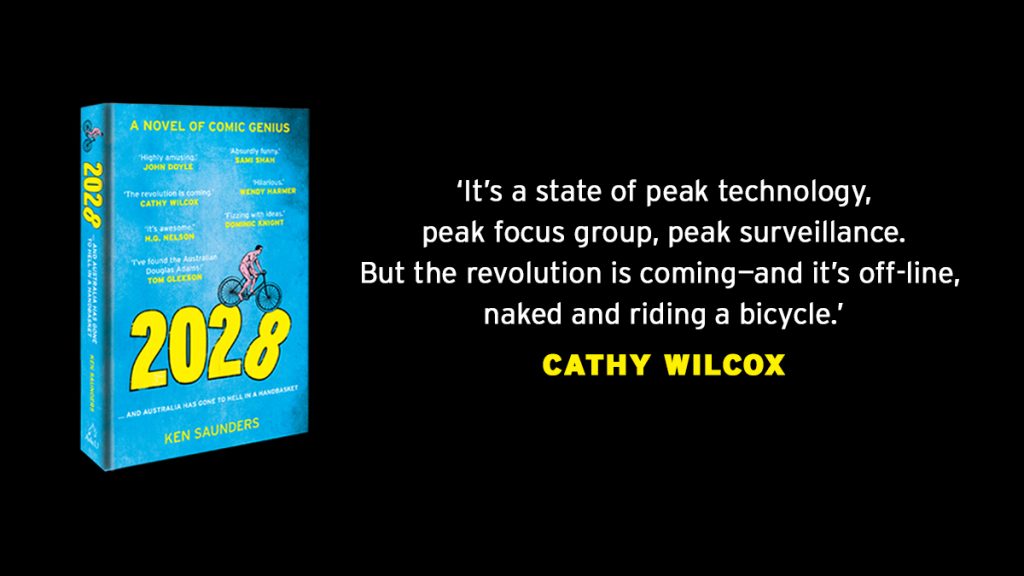 Great read. Laughed out loud so many times. It ticked the “so gripping you read on past bed time test” as well. Genuinely funny books don’t come along every day.
– Ross, NZ Sales representative

Oh I just loved this! I read this in bed, and found myself slapping the book down on my chest every few minutes while I shook with laughter and reading out killer phrases to my husband, who had been guffawing while reading it the night before. The central premise is just brilliant – you rock Ned Ludd!
– Angela, Rights & International Sales Director

This hilarious book is a shot in the arm for the politically jaded. It reads like a cross between Wag the Dog and Catch-22, and is so clever and fresh it’s a sheer joy to read. Had me smiling from ear to ear the whole way through.
– Alexa, Field Sales Manager 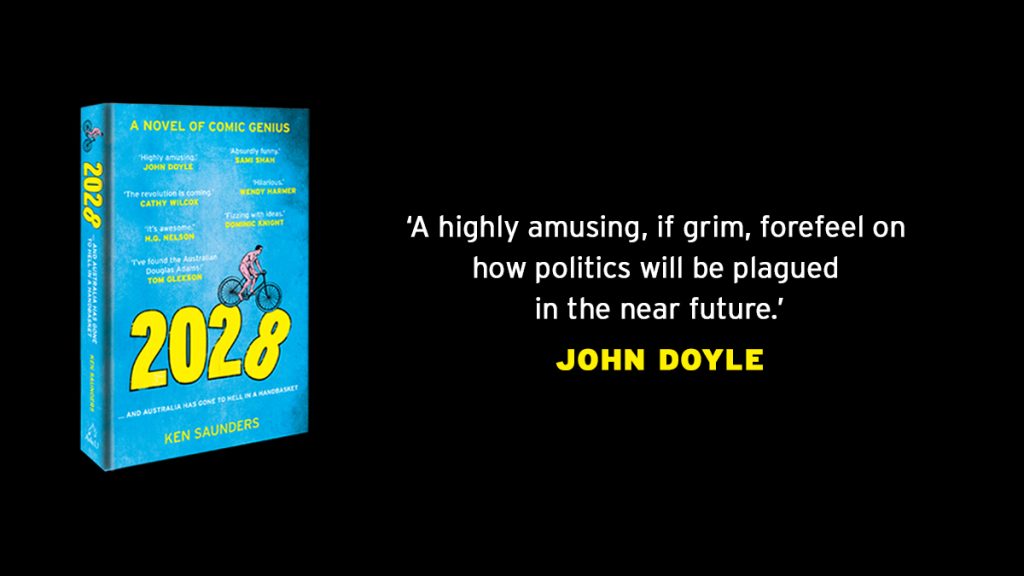 Read the opening chapters of 2028

Have a read from the first couple of chapters of 2028, and see for yourself why this hilarious satire is just what we need to beat the current political malaise: 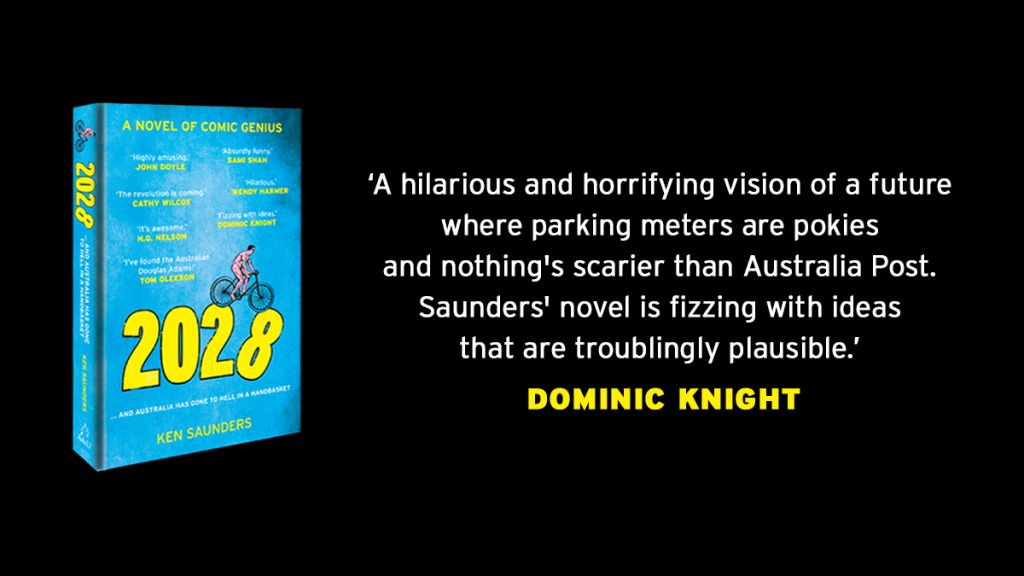 For an alternative, and slightly more serious take on the state of politics, why not pair 2028 with Bernard Keane’s The Mess We’re In?

Relevant content. #AusPol #BernardKeane’s rather timely #TheMessWereIn explains capitalism, identity and Why Everything Is Awful. But don’t panic: things are also better than they seem to be. In this fascinating, entertaining and occasionally maddening book, he points to how we can fix things – and also how Australia can lead the way. . “A powerful and occasionally polemical appeal to reason in politics; if you’re despairing in search of an antidote to the poison of “alternative facts”, here’s your book. Like any good political text, there’s something here to offend everyone. You’ll want to cheer, high-five and occasionally shout your disagreement, but what you won’t want to do is put it down.’ Former Senator @ScottLudlam