Four Dead Queens author Astrid Scholte knows movies inside out, and here she discusses the art of producing an effective book trailer. 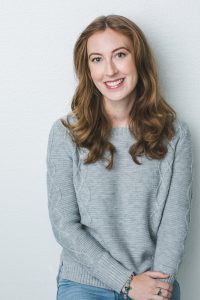 I consider myself a bit of a trailer expert. Or perhaps, trailer addict is a more accurate description. I’ve been known to declare that trailers are the best part of going to the movies. They’re a perfect morsel of story that has the right blend of intrigue, suspense, drama, romance and action (depending on the genre, of course). The trailer’s job is to entice the audience, pulling them into the film’s world and demanding that they see it upon its release.

Trailers have a short time to sell the movie, forcing filmmakers to cut out superfluous content and focus on the main characters, concept and plot. Yes, they can be a little cliché, but good trailers also manage to create an atmosphere, developing a feeling of the story world in which you will inhabit upon seeing the film. It also sets audience expectations.

But film trailers are an expensive marketing tool. I work in the VFX and animation industry and have worked at studios were months were spent crafting the shots in a trailer, some of which never made it into the film itself. Trailer shots are designed specifically to promote the film’s genre and story in the most impactful way. They’re then paired with the perfect piece of music to evoke the right mood and attract the right audience.

A good trailer can generate a buzz – you feel it in the audience, lingering long after the trailer leaves the screen. Often you wish you were about to watch that film instead. There are fewer elements to mess up in a trailer than in a feature-length film, fewer plot points to tie up or character arcs to perfect.

How to approach a book trailer

Book trailers have been around for a while now, with varying degrees of success. Book trailers should allow potential readers to see what sort of story they’re signing up for. It takes them beyond the description and cover and into the themes and mood – in visual form. Books, especially YA, are extending off the page more and more these days with the popularity of character cards, enamel pins, book boxes and deleted scenes. YA readers like to immerse themselves within the book’s world and characters, and book trailers help expand the fictional universe.

With a book trailer, we can take a similar approach to movie trailers and develop the characters and scenes that don’t necessarily occur on screen but set the overall tone and mood for the type of reading experience you’ll have. It should be less about retelling the description on the back of the book and more about recreating the atmosphere of the story. To me, the most important element in a successful trailer is the music. If you can nail the music, and therefore the mood, you can set the right expectations for audiences.

The trailer for Four Dead Queens is perfect! It captures the overall feeling and atmosphere of the world, as well as the essential conflict of Keralie having evidence of the queens’ murders. The music fits the vibe of a complex fantasy with the underlying beat of a fast-paced thriller.

I hope you enjoy it! 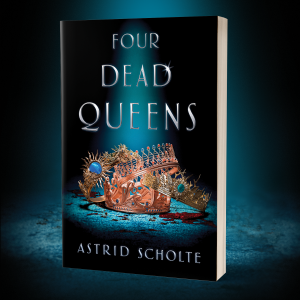 Raised on a diet of Spielberg, Lucas and Disney, Astrid knew she wanted to be surrounded by all things fantastical from a young age. She’s spent the last ten years working in film, animation and television as both an artist and manager. Career highlights include working on James Cameron’s Avatar, Steven Spielberg’s The Adventures of Tintin and Happy Feet 2 by George Miller. She’s a visual writer and aims to capture the vivid stories that play like movies in her head. When she’s not writing, she’s painting her favourite fictional characters and obliging her furry overlords, Lilo and Mickey. Four Dead Queens is her debut novel, and is published in March 2019. Learn more about Astrid and Four Dead Queens on her website.