Discover the inspiration behind Bren MacDibble’s The Dog Runner, as she discusses the themes of her books, her research, and what might be next for her writing in this fascinating Q&A.

Where did the idea for The Dog Runner come from?

The Dog Runner is based on a common science-fiction idea that the worst famine that could befall the world is the death of all grass. So much of our food supply comes from grass: grains, sugar, rice, corn, dairy, eggs, meat, and most people don’t realise that.

Also, there were fungal grass die offs happening in Queensland regularly, and one type of grass fungus tends to leap in evolution every ten years or so with devastating results. The last was Uganda in 1999. So it’s a very real thing. Possibly not to the extent in The Dog Runner, in terms of the different grasses affected, but this is fiction so why not take them all?

What research did you undertake for The Dog Runner? 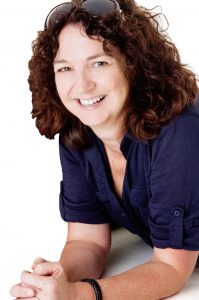 I learned so much! I had a Neilma Sidney Travel Grant to research this book, so I did a lot research. I went to a woodland mushroom growing tunnel in Mittagong; walked railway trails through the bush; travelled the landscapes around Ouyen; went out to Stipa in the Wimmera, one of Australia’s great grasslands, to find out about grassland regeneration; and went to watch dry sledding dogs towing people through forests – what a great sport!

I learned so much more than I could ever put in a book. Fungi, in particular, is amazing. Soil fungi helps almost everything grow, and it hates fertiliser… a fact that pretty much puts modern farming in the corner with a D hat on. The more farmers demand from the land and the faster they want it to grow, the more fertiliser they apply and the worse their land gets. But to pay forthe fertiliser they are forced to demand more from their land. They are trapped in a downward spiral.

I heard a woman talk about how her grandmother educated her about mycorrhizal activity in the soil when she was a girl. They were one of the Aboriginal Peoples from NSW. They had a complex understanding about soil health that modern farmers do not have. I learned all about the role Aboriginal Land Councils play in providing historical knowledge and restoring land to its original use, and I am so impressed. That drive to maintain their custodial obligation to the land, even though it is been largely sold out from under them, is so admirable. I have so much respect for Land Councils.

What do you hope readers take away from The Dog Runner?

I hope both How to Bee and The Dog Runner start conversations. I hope The Dog Runner, in particular, makes young people think about where our food comes from. Mostly though, and this may sound weird to adults, I hope children derive some comfort from seeing Peony and Ella negotiate these climate-changed worlds.

Children see and understand so much more about climate change than we realise, and they don’t always express their anxiety around it. I think seeing Peony being so brave in a world that’s been irreversibly changed and seeing she has all she needs even though she has nothing (the poor are always the first to suffer and suffer the most in any catastrophe), will help young readers realise that the things that don’t change, like love, family and friendships, are enough to get them through, and that life does go on in some form. A single climate catastrophe is not the end. Don’t stop talking about climate change just because it’s scary. We need people to talk about it. We need people to understand what needs changing.

Climate change is the major theme in both How to Bee and The Dog Runner and both books are set in a bleak dystopian future, what kind of future do you think lies ahead for us? And what future writing lies ahead of you?

Food security is a specialised part of climate change, and I worry, when everything is based on profits alone and food is outsourced from other countries, while farmers push their land to its limits to compete or are driven off the land, if our government even realises that if something does go wrong climatically, we have no security without food security. What happens if the borders close?

If we don’t take care of our land, farm it in a sustainable way and work towards feeding our people independently, we are fragile. And that’s scary. I’m hoping if enough people talk about these issues, then the changes will follow, and we won’t have a bleak dystopian future.

In the future I imagine, smart people run governments all around the world and we live in a more harmonious way with our planet, because we cannot go on as we are.

I think my next children’s book will be about a group of kids who have been orphaned by food terrorism and have formed their own family under a city. I want to write that in a way that empowers young readers, the way Peony does in How to Bee with her absolute bravery, but I’m worried it’s too scary a topic.

Any terrorism is scary but a terrorism that attacks people t­­­­hrough food, something they can’t go without, has to be delivered carefully. Of course, adults bring a lot more knowledge to these stories, so they are completely terrified all the time when reading, but I’m not in the job of terrifying children. The world is already doing that. My job is to find ways to talk around those vague anxieties and tell stories about the survivors. 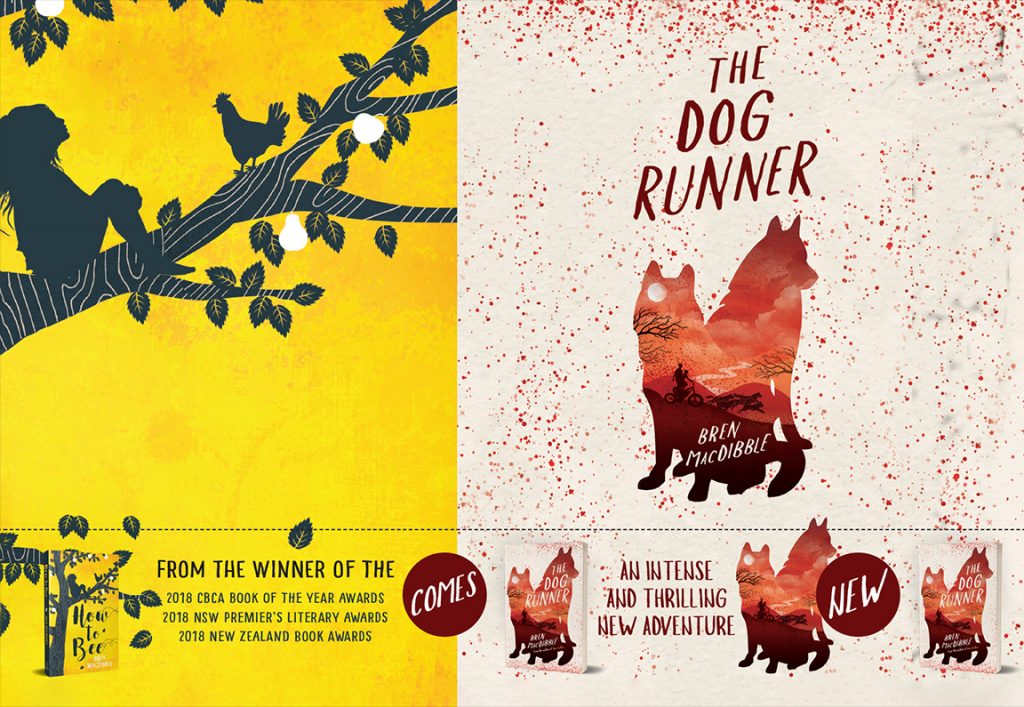 Bren MacDibble was raised on farms all over New Zealand, so is an expert about being a kid on the land. After 20 years in Melbourne, Bren recently sold everything, and now lives and works in a bus travelling around Australia. In 2018, How to Bee – her first novel for younger readers – won the Children’s Book Council Book of the Year Award for Younger Readers, the New South Wales Premier’s Literary Award Patricia Wrightson Prize for Children’s Literature, and the New Zealand Book Awards Wright Family Foundation Esther Glen Award for Junior Fiction. Bren also writes for young adults under the name Cally Black.