For International Women’s Day we asked some of our authors to write about this year’s theme Balance for Better, and here Phil Barker looks at why balance is better for women, men and business.

It’s important to illuminate any discussion by examining a nice pile of those beautiful, endangered and sadly rare creatures, facts.

The science is in. Everything is better when we get gender balance right. It’s actually so very clear, that’s it’s extraordinary a 50–50 gender balance isn’t enshrined in law in every sector of every civilised country on the globe.

“Gender equality is not only good for women and societies, it is a vital opportunity to make economic growth stronger and more inclusive,” says OECD Chief of Staff and Sherpa to the G20, Gabriela Ramos, who leads the Organisation’s work on gender equality, launching a report at the inaugural MENA-OECD Women’s Economic Empowerment Forum in Cairo. “The Middle East–North Africa region has made real progress enshrining gender equality into constitutions, but women will only be able to properly access jobs and entrepreneurship if these principles are embedded in legal systems and enforced by giving women better access to justice.”

The OECD estimates a lack of gender equality costs the region a tasty $575bn a year.

Companies in the top quartile for gender diversity in their executive teams are 21 percent more likely to have above-average profitability, than companies in the bottom quartile.

When there is that kind of money on the line, big business is slowly waking up. Michael Landel is the CEO of global services company, Sodexo. It has 420,000 employees around the world. Here’s what he wrote about gender balance in his company, in an essay entitled “Gender balance and the link to performance”, in McKinsey Quarterly:

Last year, we set out to explore the correlation between gender-balanced management teams and key performance indicators such as employee engagement, brand awareness, client retention, and financial metrics. We analysed data from 50,000 managers across 90 entities around the world and the results are compelling. They clearly show that teams with a male–female ratio between 40 and 60 percent produce results that are more sustained and predictable than those of unbalanced teams,”

That other biggest of global businesses, sport, also knows getting gender balance right is a win-win. In mid-February, 17 Australian club chief executives, members of the well-intentioned, but ironically named Male Champions of Change (MCC) in Sport, released an initiative of real steps sport must take to close the gender pay gap.

This is a world first.

The National Rugby League has had a “summer from hell”, with players trying their damnedest to maintain the brand’s publicly perceived essence as a haven for drunken dickheads. It has cost the NRL around $10m in sponsorship revenue.

Last years’ men’s State of Origin series was a soul-less, brutal, inelegant grind. By contrast, the Women’s final was a thrill and skill fest, with fullback Sammy Bremner’s scything runs and clever double-pumps enthralling fans in the first-ever live broadcast of the women’s game. It was how the sport should be.

No wonder money is pouring out of men’s sport, and into women’s.

Consumers are canny. My years in communications, brand and content marketing tell me the most successful brands have a “purpose”. People want to see corporations and brands stand for something beyond making money. Qantas, with its stance on the same-sex marriage debate and gendered language, and the ANZ with its proud GayTMs, are simple examples of businesses standing up for something, making a decision to say “this is who we are” and betting more people will love it than not.

Companies, brands and business are slowly coming to understand that not only does gender equality generate more profit, but their consumers are demanding it of them.

When people click to buy something, they will do it with the brand that most clearly aligns with their values. Now, and increasingly in the future, as younger consumers start earning and buying, they want to know what their money is really supporting.

Put simply, the companies who can put their hands up and say “We’re going for 50–50 gender balance!” then, “Hey, we did it, look at us,” will surely win.

And everyone’s getting very sick of old white men in government and on boards telling us how it’s going to be.

Gents, a connected market with a world of information at their fingertips is now telling you how it’s going to be. Best you listen.

To fan the smouldering facts, it was best to wave lots of money, because that’s what will promote change in business.

But that’s not the most important thing here, at all.

If gender balance in all facets of society is equal, there’s no power imbalance. It’s in the halls of power that bullying, abuse, harassment and violence roam free, tooth and claw.

So, apart from a few random psychos, there’d be no dark underbelly of sexual harassment in the workplace at #MeToo horror levels. Anyone dumb enough to try it would just get sacked by their female boss, or the board – not protected by his mates.

Men stomp around being tough, stoic, trying to be the leader, the loudest, the fixer, the expert. Empathy, compassion, communication and creativity are squelched under our slip-on Rockports.

The best ideas bubble up in an environment where everyone is happy, valued, able to speak up and not worried about being judged on how they look. Ideas, not “doing”, are going to the only currency in our AI-dominated future work environment.

I’ve worked in both male- and female-dominated environments and I know where I’d rather be, every time. Working with women is more fun, and productive, because they’re not rendered stupid and potentially dangerous by putting on an act of manhood. We all know acting is just pretending.

We will look back on these barbaric times and be completely unable to explain them to our confused and disgusted children why we let gender inequality continue for so many decades after the birth of feminism and the sexual revolution. Balance is clearly better, to be treated as equally valuable as everyone else on the planet is a basic human right. 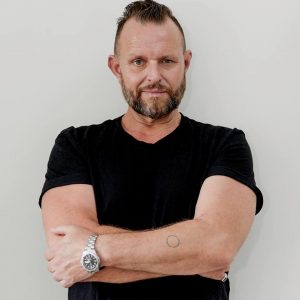 About Phil Barker and The Revolution of Man

With more than 25 years of experience in the media, Phil Barker has edited NW and Woman’s Day magazines, and published such titles as Vogue, GQ, Delicious, InsideOut and Donna Hay. He is a consultant creative director and communications specialist and is a regular commentator on the life and style of Australian men.

In The Revolution of Man Phil shows us how to rethink what it means to be a man and urges men to reconnect with their emotions so they, and the people they love, can start leading happier, healthier and more meaningful lives.

Watch Phil discuss reimaginging what it means to be a man below on ABC News, and hear him discuss the challenges of Masculinity in the #MeToo era on ABC RN’s Life Matters.

This well-researched, engaging and thought-provoking book explains why positive masculinity is good for men, women and children. We need more male allies like Phil to create a safer future for the post #MeToo generation.
– Tracey Spicer, journalist and bestselling author of The Good Girl Stripped Bare 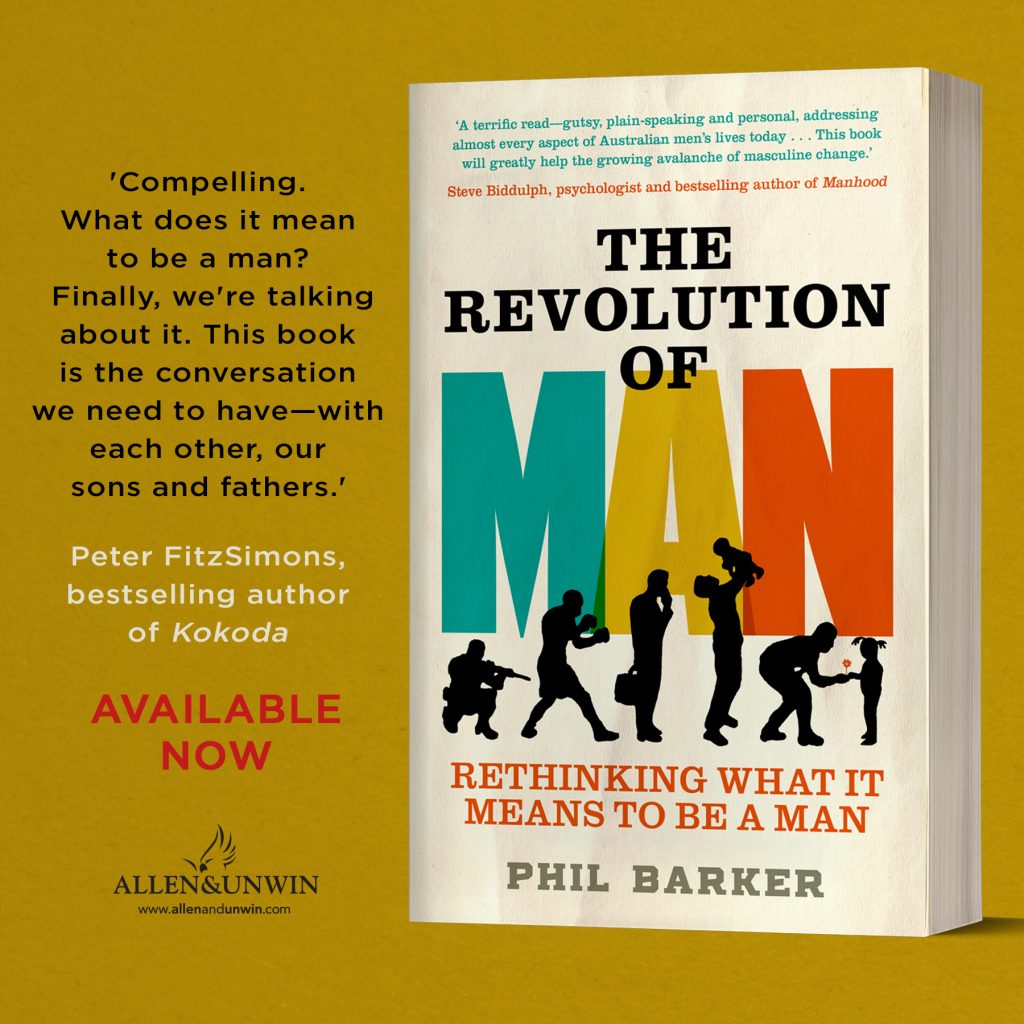