For International Women’s Day we asked some of our authors to write about this year’s theme Balance for Better, and here Susannah McFarlane looks at why redressing gender imbalance isn’t just a women’s issue, and why it begins with the stories we tell children.

Words can lose their power sometimes; we use them or hear them used so often they are drained of potency and meaning. So all hail the dictionary for its ability to remind us and restore the sharpness.

It makes me think of a toddler walking, struggling to stay upright because she hasn’t quite worked out how to use all her limbs yet. When she doesn’t use everything she has, both arms and legs, things can go a bit pear-shaped and she can teeter, totter and eventually fall over in dysfunction. Our gender-imbalanced boardrooms aren’t that much different perhaps than the limb-imbalanced baby walking: the dysfunction may just be easier to see in the baby, but both fall over.

And addressing the issue needs to start young, as young as we can make it. It needs to start in schools, in the home, on the story-telling knee, as we read our kids stories, stories that shape their hearts and minds. A child can’t be what a child can’t see, and the stories we tell are critical to building expectations, hopes and ambitions for happily ever afters.

When we tell our girls to sit tight and await a prince to rescue them, what are we telling them? That their problem-solving skills are sub-optimal? Middle management maybe but not board material? Surely Rapunzel, with all that time in the tower, had the brainpower to plot her own escape? There was nothing wrong with the fact that a prince rode by to help –  indeed, it was pretty handy – but surely she could drive the rescue plan? Why should she, literally, sit pretty and outsource the thinking to a passing prince when they could do it as team?

And when we tell our boys that it’s all down to them – the testosterone-driven dragon-slaying and evil witch-wrangling – what are we telling them? That if they can’t physically fight they are B-grade boys? Where would that leave the smaller Hansel, who relies on his sister Gretel to free him from the cage? Wouldn’t the story play better if we see Hansel as the strategist and Gretel the implementer; when we see them working together, each playing to their strengths to get the better of the big bad witch – and get the candy? Hansel and Gretel may just be our model CEO and CFO.

We need balance in the business of storytelling, a tilting of the tales which may have led us off kilter. The stories we tell our kids can be a good start towards us all getting a grown-up happily ever after. 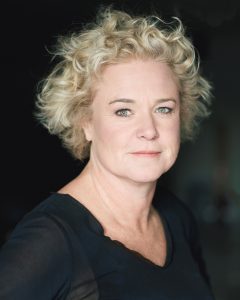 Susannah McFarlane is best known as the author, creator and publisher of some of Australia’s most successful children’s book series such as the D-Bot series and Boy vs Beast. Susannah understands kids and loves creating stories they enjoy to read.

Later this year we’ll publish Bold Tales for Brave-hearted Boys, an illustrated collection of ’tilted’ fairytales featuring kind boys with big hearts which is a perfect companion to Fairytales for Feisty Girls, which featured girls with smarts. While boys can be pretty handy at dragon-felling and tower-climbing, but there is so much more to them than brawn and bravado: they have a lot to say and feel as well, as these tales will tell.