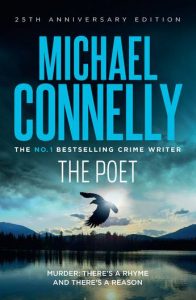 2020 marks 25 years since the release of Michael Connelly’s bestselling thriller The Poet, featuring crime reporter Jack McEvoy. To celebrate, we are releasing a special anniversary edition on 28 April, in the lead up to the publication of the new Jack McEvoy thriller, Fair Warning.

Declared at the time to be ‘the best of its kind since The Silence of the Lambs . . . An unputdownable masterclass in thriller writing’,  here’s what Michael Connelly has to say about The Poet — and the impact it’s had on his career — 25 years on. 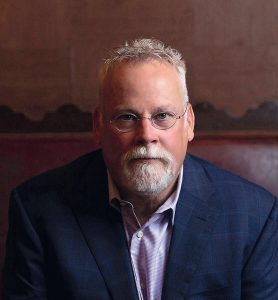 It is hard for me to conceive that this novel is 25 years old. It’s been an amazingly wonderful journey since then and much of the path I have been on was paved with this book. The Poet has been vitally important to me on multiple levels. I call it my calling card book because, more so than any other novel I have written, it opened doors for me around the world. I know anecdotally from my repeated travels around Australia and New Zealand that it is most often cited as the book through which readers discovered my work. I am not just talking about when it was published. But over time, it’s The Book that has brought me reader after reader and I will always be grateful for this.

On a creative level, this book and the character of journalist Jack McEvoy have allowed me to solidly set two themes or subjects that are important to me and are carried through the other McEvoy books—The Scarecrow  and  Fair Warning. I’m referring to the media and technology.

The media, more specifically the newspaper business, is near and dear to me because like Jack McEvoy I was a newspaper reporter who covered crime. What has happened to the newspaper business in the last 25 years is both alarming and disappointing to me. It makes me sad to see newspapers struggle and fold all over the world, and I have used the McEvoy books to record this change in the culture of how we consume our news. I hope I have accurately reported on this transition in the books.

The Poet was written prior to the explosion of the internet as an indispensable part of life. I consider the internet one of most significant technological advances of the last 25 years. While the internet and technology used in The Poet are long obsolete—Jack didn’t even have a cell phone—I hope the book serves the purpose of giving fair warning that the great advances in technology are only as good as the people who use them. For every great discovery or invention or advance we make with technology, there are always going to be those out there who try turn it against us. And that is the theme carried through the McEvoy books and what I personally am proud of when I look back to the publication of  The Poet.

My last thought here is a confession. Of all the books I have written, this is the only one I have ever turned in to my publisher without a title. I could not think of what to call it. I tried several different titles, including Dark Side of the Moon and others, but nothing stuck with me and when it was time to submit, the title page of the manuscript said TK: publisher code for Title To Come. Finally, in a meeting with my editor and the publisher department heads, we came up with  The Poet. It stuck, but I have never fully embraced it because as a title it does not impart anything about the news business or technology or suspense. But what do I know? Twenty-five years later, I still don’t know what to call the book.

Read an extract of The Poet

View this document on Scribd

25 years of The Poet: a history in covers 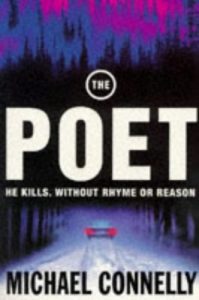 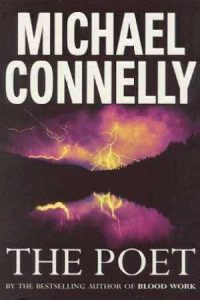 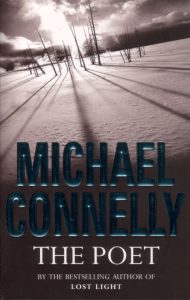 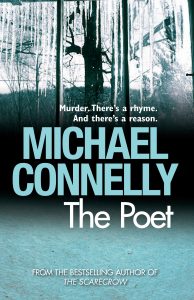 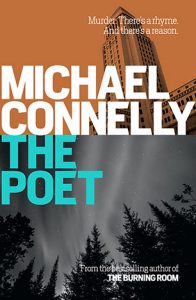 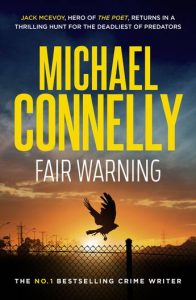 Stalwart journalist Jack McEvoy tracks a serial killer who has been operating completely under the radar – until now.

Jack McEvoy has taken down killers before, but when a woman he had a one-night stand with is murdered in a particularly brutal way, he realises he might be facing a criminal mind unlike any he’s ever encountered.

Jack investigates against the warnings of the police and his own editor, walking a thin line between investigation and obsession, and makes a shocking discovery, connecting the crime to other mysterious deaths across the country. But then he himself becomes a suspect, and as he races to clear his name, Jack’s findings point to a serial killer who uses personal data shared by the victims themselves to select and hunt his targets.